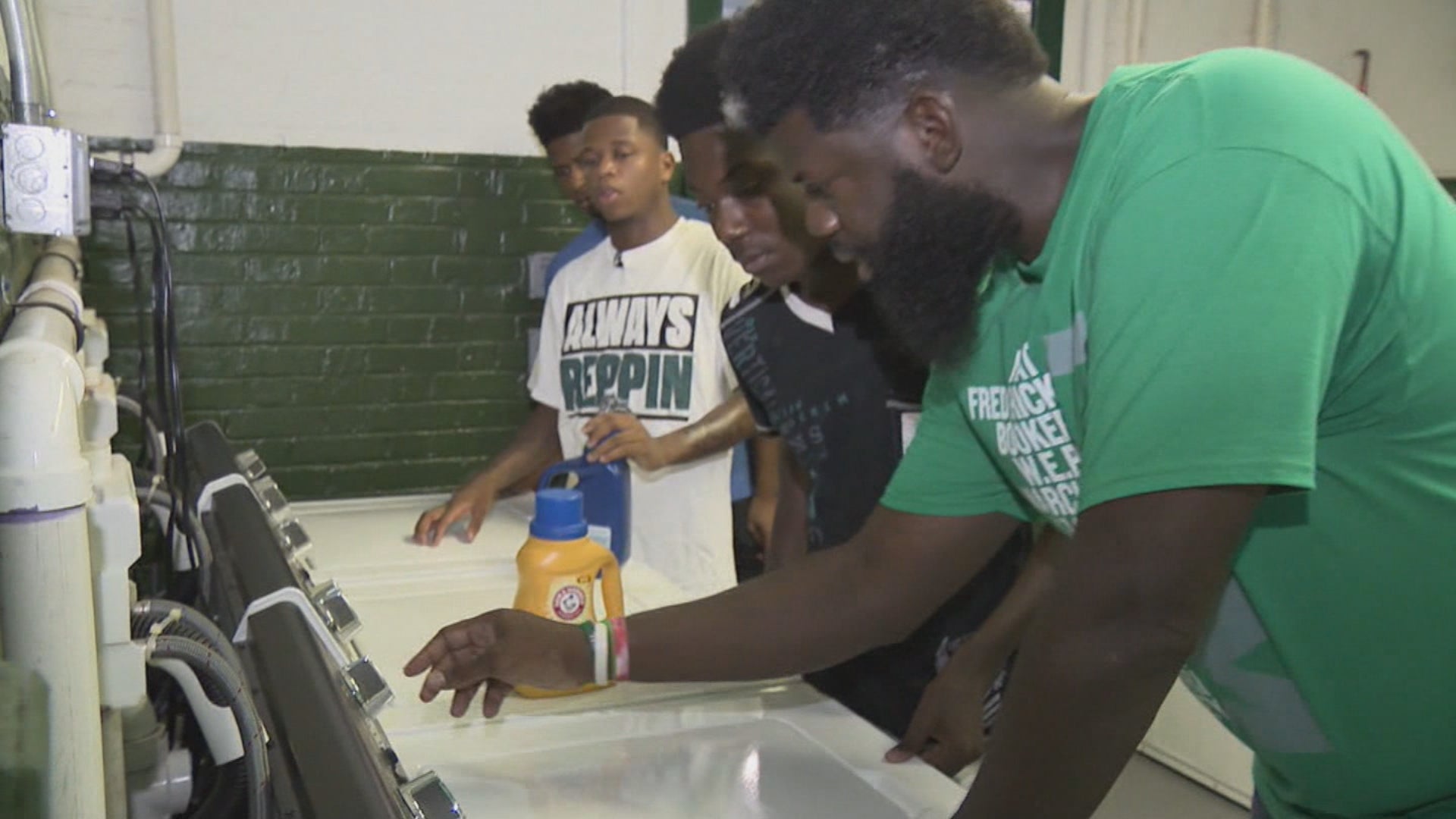 NEWARK, N.J. (CNN) – A principal in New Jersey has found a new way to help end some of the bullying he sees at his school.

Over the last two years, he has worked on securing a $20,000 grant to turn an old football team locker room into a small laundromat.

The principal of West Side High School in Newark found students in unwashed and dirty clothes were being harassed both in person and online. School officials said students were even skipping school because they didn’t have clean clothes to wear.

Student Nasirr Cameron said, “I’ve seen a few kids in the back of the class talk about one of the people in the front of the class, how they smell and how they clothes looking dirty.”

Students are limited in what colors they can wear because of a school dress code.

Senior Dashawn Latham said he only gets to the laundromat once every two weeks. “The money that my mother don’t be home, she’s working, and I gotta call her and sometimes she don’t get paid.”

Principal Akbar Cook said about 85 percent of kids were missing three to five days of school a month.

The principal said, “Yes, they was being bullied. and it wasn’t just on, like, in the building. It was on Snapchat, I’m sitting behind you, I take a picture of your collar and I’m all ‘Look at this dirty guy.'”

The grant came from Public Service Enterprise Group. The school district provided labor to make the changeover from a former locker room to a laundromat with commercial-grade machines.

The laundry room is open from 3 to 6 p.m. after each day of school. The effect led to donations of laundry supplies.

School social worker Jamila Hammond said, “There are many times that the students may come in because they’re embarrassed, they don’t look the same, somebody’s complaining about a body odor. … I would say ‘OK, baby, then we are going to have to do it the old way — you have soap, you have water.’ But now with this laundry room we don’t have to do that.”