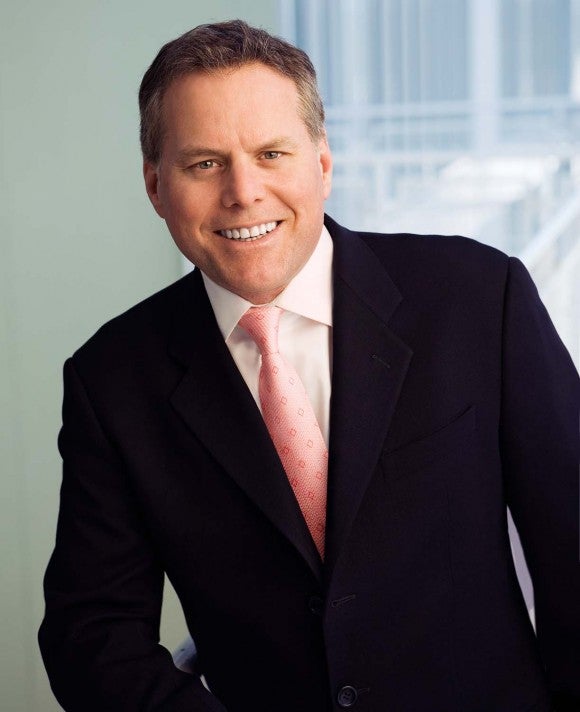 NEW YORK (AP) – They’re not Hollywood stars, they’re not TV personalities and they don’t play in a rock band, but their pay packages are in the same league. Six of the 10 highest-paid CEOs last year worked in the media industry, according to a study carried out by executive compensation data firm Equilar and The Associated Press.PHOTOS: Highest paid CEOs

The best-paid chief executive of a large American company was David Zaslav, head of Discovery Communications, the pay-TV channel operator that is home to “Shark Week.” His total compensation more than quadrupled to $156.1 million in 2014 after he extended his contract.

Les Moonves, of CBS, held on to second place in the rankings, despite a drop in pay from a year earlier. His pay package totaled $54.4 million. The remaining four CEOs, from entertainment giants Viacom, Walt Disney, Comcast and Time Warner, have ranked among the nation’s highest-paid executives for at least four years, according to the Equilar/AP pay study.Why do they make so much?

One reason for the high level of pay in the industry is that its CEOs are dealing with well-paid individuals.

Pay packages for CEOs overall grew for the fifth straight year in 2014, driven by a rising stock market that pushed up the value of executive stock awards. Median compensation for the heads of Standard & Poor’s 500 companies rose to a record $10.6 million, up from $10.5 million the year before, according to the Equilar/AP pay study.

Peer pressure is another factor driving up executive compensation. The board members responsible for setting CEO pay typically consider what the heads of similar companies are making. If pay for one goes up, it will likely go up for others.Why media companies?

For the chieftains of media, there are also other factors boosting pay. Several work at companies where a few major shareholders control the vote.

The media magnate Sumner Redstone controls almost 80 percent of the voting stock at CBS and Viacom. Because of his large holdings, Redstone can easily override the concerns of other investors about the level of CEO pay. Discovery’s voting stock is heavily influenced by the brothers Si and Donald Newhouse and John Malone, another influential investor in the media industry.

At Comcast, which owns NBC and Universal Studios, CEO and Chairman Brian Roberts controls a third of his company’s voting stock. That means he has substantial influence on the pay that he is awarded. Comcast had no comment when contacted by the AP for this story.

All of the media executives have tried, with varying degrees of success, to maximize the value of their company’s entertainment brands online and on mobile devices.

For example, Moonves at CBS launched the series “Under the Dome” – based on the Stephen King novel – both on the network and on the Amazon Prime streaming service. Besides reaching online customers, the move helped offset production costs. The company, whose shows also include “NCIS” and “The Good Wife,” has attracted 100,000 customers to “CBS All Access,” an online subscription platform that costs $6 a month. Time Warner, under CEO Jeffrey Bewkes, launched HBO Now, which streams shows to computers, tablets and smartphones for $15 a month.

At Disney, CEO Bob Iger has bolstered revenues through canny acquisitions. The purchase of Marvel in 2009 is reaping dividends with blockbuster superhero movies. “Avengers: Age of Ultron,” pulled in almost $190 million in its opening weekend, making it the second-biggest U.S. movie opening ever. Disney’s purchase of LucasFilms in 2012 means it also owns the highly lucrative “Star Wars” franchise, with the next installment scheduled for release in December.

Disney spokesman David Jefferson said in an email that Iger’s pay award “reflected the company’s outstanding financial performance,” and cited its record earnings. He also said that during Iger’s tenure Disney has returned more than $51 billion to stockholders through share buybacks and dividends.

Media stocks have climbed strongly the past five years. An index of media companies in the S&P 500 index has risen 193 percent compared with a gain of 95 percent for the broader S&P 500. Discovery’s stock price has climbed almost fivefold since it started trading as a public company in September 2008.

Zaslav, who has led Discovery since 2007, saw his compensation rise last year after he negotiated a new contract that will keep him at the company until 2019. Last year’s pay package included $145 million in stock and options awards, $6 million in cash bonuses, $3 million in base salary, and $1.9 million in perks.

The company has pushed its channels overseas where pay TV penetration is growing faster than in the U.S. Last year, Discovery also grabbed a controlling stake in Eurosport International, making a bet on live sports. The move into European sports has set the stage for renewed growth overseas.

Zaslav has done a terrific job, said Chris Marangi, portfolio manager at GAMCO Investors Inc., which holds more than $150 million in Discovery stock. The CEO has returned cash to shareholders and increased viewership largely through company-owned reality TV shows like “Say Yes to the Dress” and “Deadliest Catch.”

“He’s a dynamic leader at the helm of a company in a very fast-changing industry,” Marangi said.

Even though Discovery’s stock has slumped over the last 18 months, it is still up 243 percent since Zaslav took the helm in 2007. That compares with a gain of 49 percent for the S&P 500 over the same time. Discovery declined to comment for this story when contacted by the AP.

The pay package of Viacom CEO Philippe Dauman’s reflects “solid financial results, execution on key operational goals and a return of $3.9 billion to stockholders through stock buybacks and dividends,” company spokesman Jeremy Zweig said in an email.Pay linked to performance

Top executives are getting paid more because much of their compensation comes from bonuses linked to their company’s financial and stock performance. Only a small part of their pay comes from their base salary. Structuring pay this way is intended to align the executives’ interests to that of the company and to encourage long-term strategies. Because corporate earnings have grown consistently, with a near six-year expansion of the economy, executives have met or beaten their earnings targets generally.

“There should be a strong link between pay and performance. The markets were up in 2014 so it makes sense that (compensation) was going in the same direction,” said Bess Joffe, managing director of corporate governance at TIAA-CREF, an asset management company. “We would also expect, in a downturn, for the compensation numbers to fall.”CEO pay vs. worker pay

The gap between pay for CEOs and that of the average worker narrowed slightly last year, because average wages crept up more than CEO pay did.

The notion that every CEO is a visionary in the mold of Steve Jobs, who led Apple, or Bill Gates, who co-founded Microsoft, is challenged by some.

“There are superstar CEOs that definitely are the driving force of the company, but while they are out there, they are rare,” said Charles Elson, a corporate governance expert at the University of Delaware.

Elson says that boards should look at overall levels of pay within their own company, rather than benchmarking pay against CEOs working in the same industry. He also says companies are paying too much to retain their chief executives when there is little evidence they’ll move to competitors.

For the annual CEO pay study, Equilar assessed data from 338 companies that filed proxy statements with regulators between Jan. 1 and April 30, 2015. To calculate aCEO’s pay package, Equilar and the AP looked at salary, stock and option awards, perks and bonuses.

The study only includes chief executives who have been at the helm of their company for at least two years. Because of these criteria, there are some notable omissions from the list.