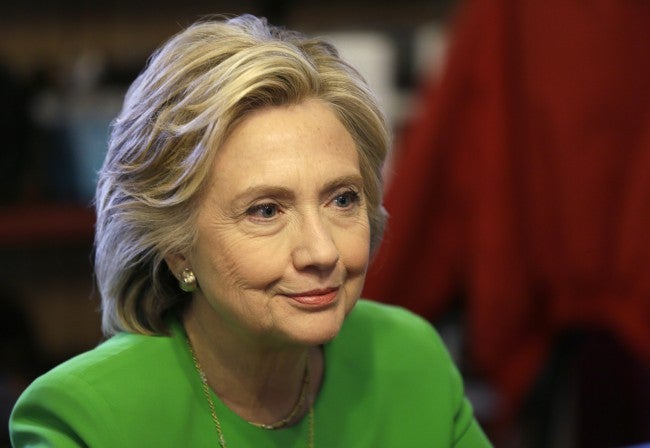 She’ll be in Carmel for a campaign fundraiser that’s happening at the home of longtime Democratic contributor Cindy Simon Skjodt. It’s part of Clinton’s goal to organize in all 50 states by the end of June.

Indiana turned into a pivotal state during the 2008 Democratic Primary against Barack Obama. While Obama became the first Democrat to win Indiana in 44 years, he actually lost to Hillary Clinton in the Indiana primary that year. So she does have support here in the state.

This time around, Clinton and her organizers are putting together house parties for fundraisers. Clinton hopes to win support in Indiana, based off her relationship with two-term senator and former Indiana governor Evan Bayh.

Bayh sent out a fundraising letter on her behalf in early April, saying in an email message that Clinton is “a strong champion for the American family,” and vowed, “I’ll do everything I can to help her.”

Bayh was rumored to be a vice presidential possibility when Clinton ran in 2008.

“Hillary Clinton’s campaign has been full of hypocrisy, flip-flops, and scandals, so it’s no surprise she would prefer to avoid interacting with real voters. The truth is that Clinton is more comfortable schmoozing with millionaire donors than pretending to relate to average Americans,” said Fred Brown, RNC spokesman