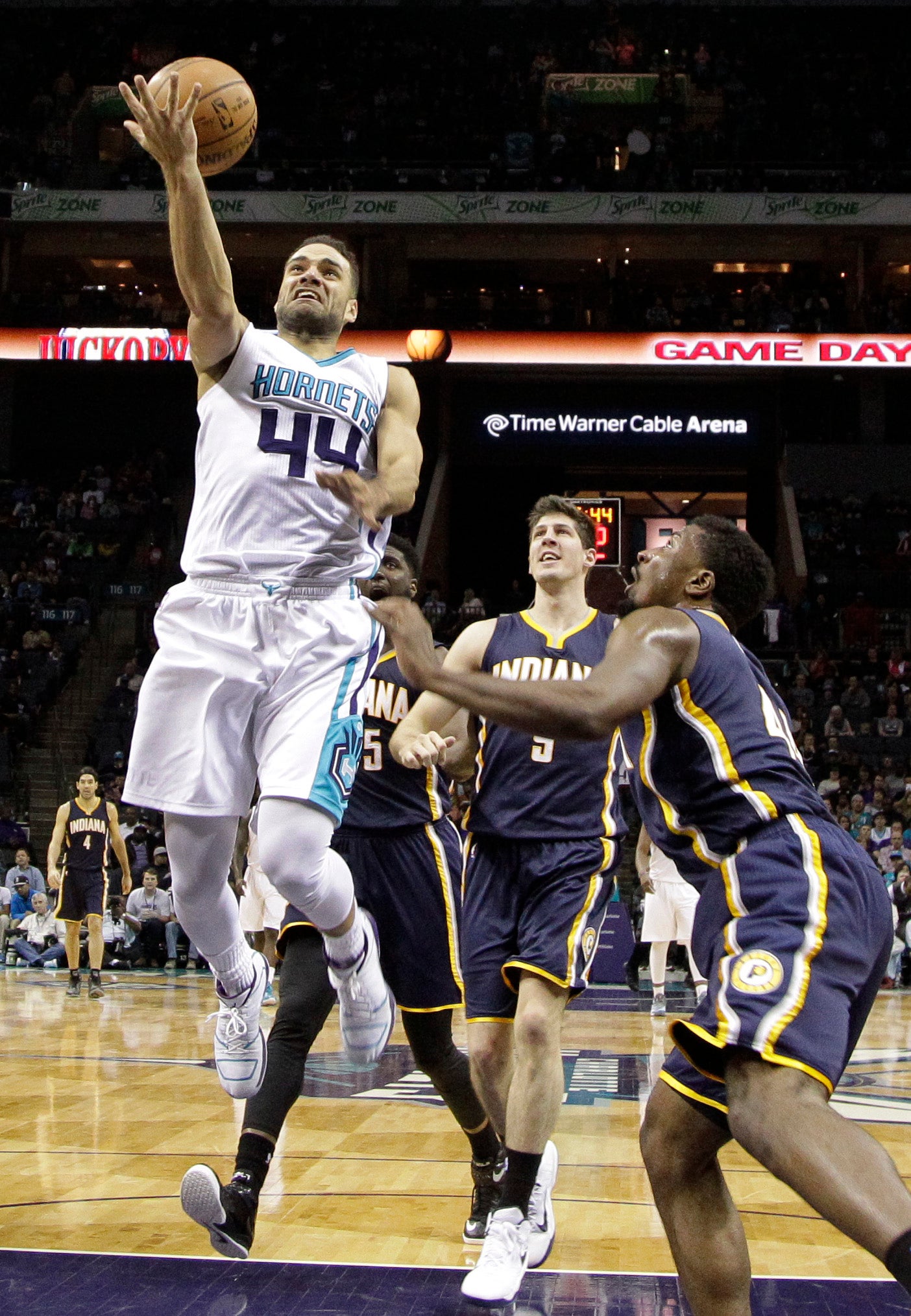 C.J. Watson had 22 points and David West, Luis Scola and Rodney Stuckey each had 15 as the Pacers battled back from a 21-point, third-quarter deficit for their third straight win.

Al Jefferson had 30 points and 13 rebounds, and Brian Roberts added 19 points in the loss.

After Marvin Williams knocked down a 3-pointer with 14 seconds left to put the Hornets up by one, Hill drove the right side of the line. He got underneath the basket and turned around to find himself alone near the low block. He converted the easy layup for the go-ahead basket.

The Hornets were out of timeouts and unable to stop the clock. Roberts’ last-second, half-court heave hit the rim but bounced out.