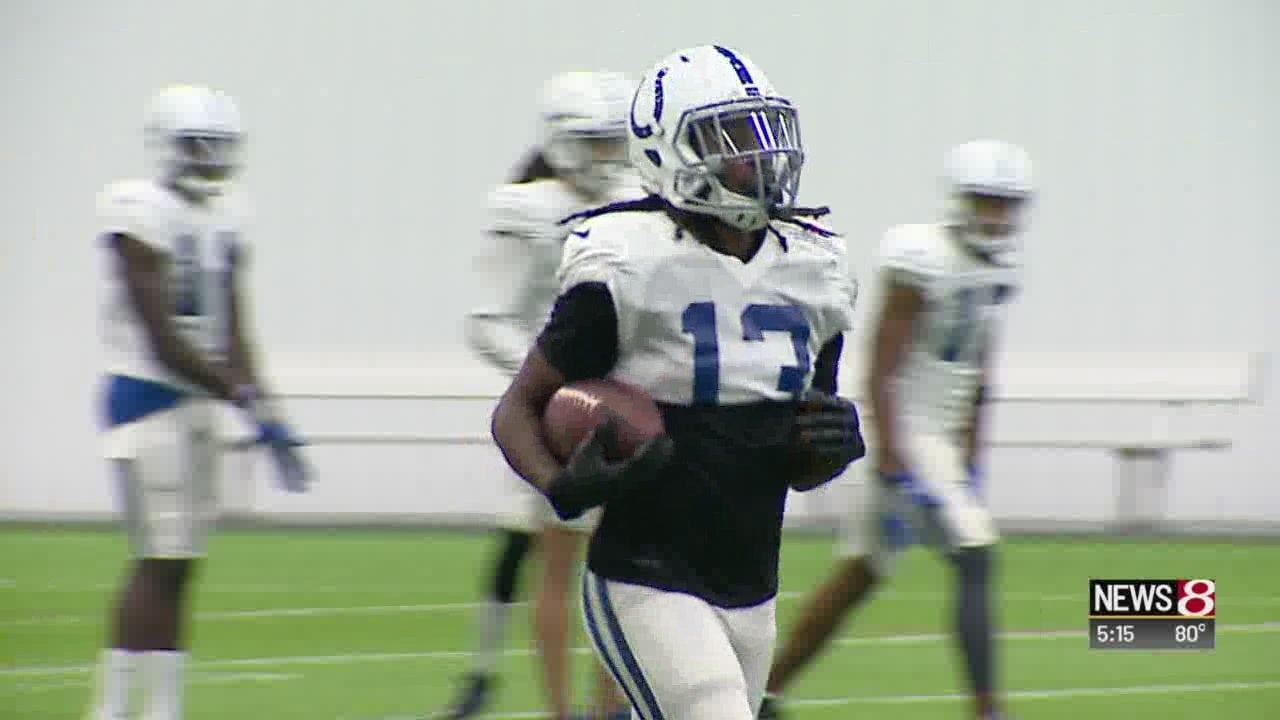 That goes for everybody expect the one receiver on this roster who doesn’t need routine or routes or really anything other than pure speed.

As for any rust with Luck, anywhere, on any route involving Hilton — No. 13 doesn’t see it.

“Just like when you wake up, brush your teeth, wash your face. It’s easy for us,” Hilton said.

What he knows after one week of camp: Keep the coaching to a minimum.

One other piece of Hilton’s game that continues to develop at camp is his ability to coach up a young and inexperienced wide receiver room. Just like Reggie Wayne did for the rookie out of Florida International back in 2012, Hilton said his door is always open.

“If they got a question, they always know to ask me. I make sure they study film, what to look for in a defense, how to get better. Right now, they’re playing great football.”

One of Hilton’s new understudies is rookie wide receiver Deon Cain out of Clemson. Cain flashed again on Wednesday despite a couple of drops. Off the field, the lengthy pass catcher is busy keeping a a keen eye on Hilton.

“I said, ‘Bro, how do you do that?’ He said, ‘it’s just natural.’ I gotta practice on that. He makes it look so easy. He’s a great guy to learn from. His routes, his demeanor, how he approaches practice everyday. I like T.Y.  and I’m definitely going to learn a lot from him.”

Professor Hilton is back to work Thursday at Grand Park. As long as his sidekick is rifling footballs in his direction, class will be back in session in the AFC South.

That gives you at least one part of Colts football to be excited about for the 2018 season.