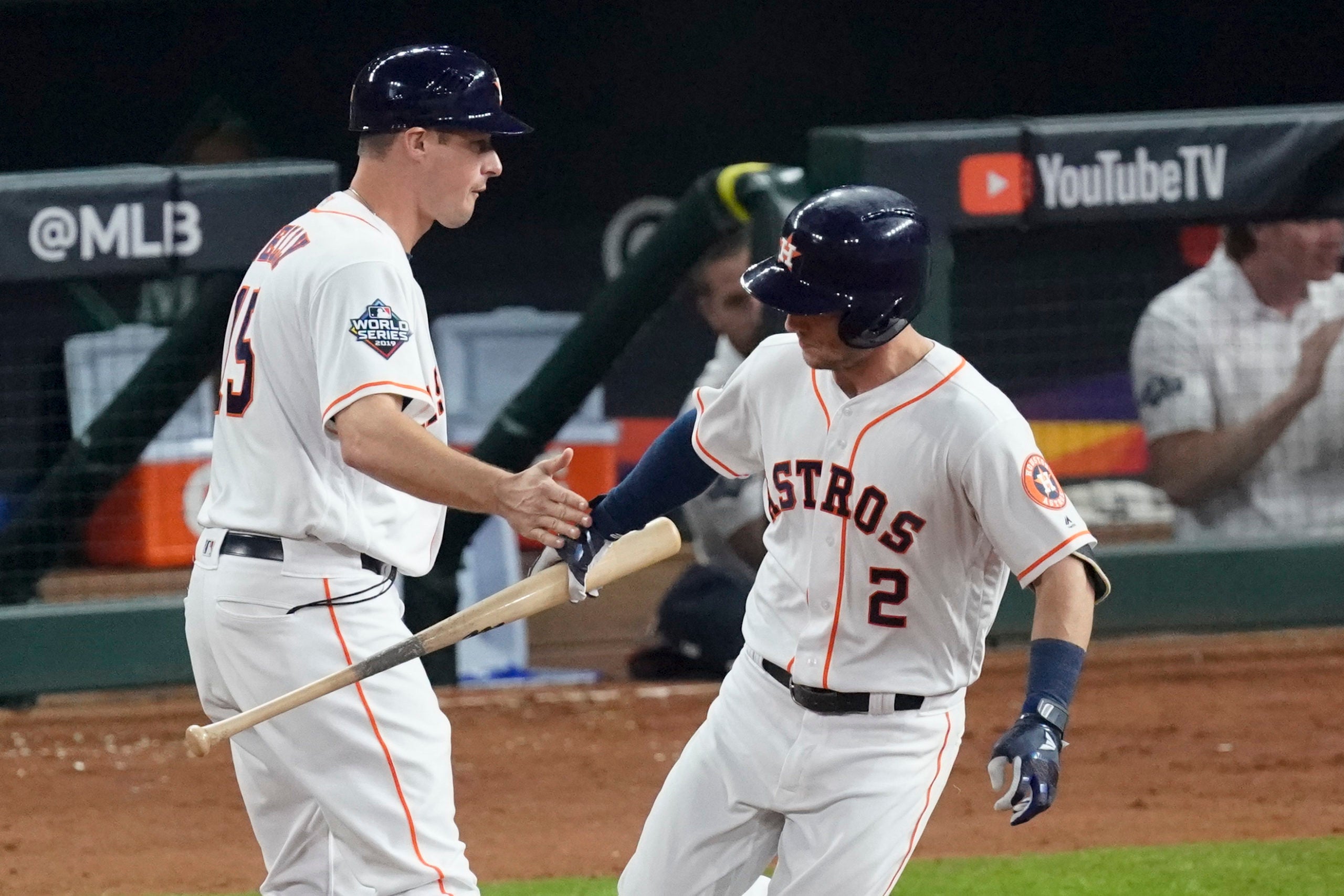 HOUSTON (AP) — Alex Bregman and Houston manager AJ Hinch spoke three times Tuesday night about the third baseman carrying his bat to first base after hitting a home run in the first inning.

Hinch said he talked to Bregman about it during the game, after the game at the stadium and on the phone after they both left the park following Houston’s 7-2 loss to the Nationals in Game 6.

Bregman apologized for the move after the game and Hinch shared what he told him about it.

“It’s just not how we do things and not something that was necessary,” Hinch said. “It was an emotional reaction. I love the way he plays and it doesn’t diminish what he brings to the table, but it was unnecessary.”

However, Hinch knows that Bregman learned his lesson from the miscue and wants him to put it in the past.

“After the game and into the night I wanted to make sure he realized he’s got to forgive himself before he moves on,” Hinch said. “We need to make sure it doesn’t ruin (Game 7). I don’t want it to carry over.”