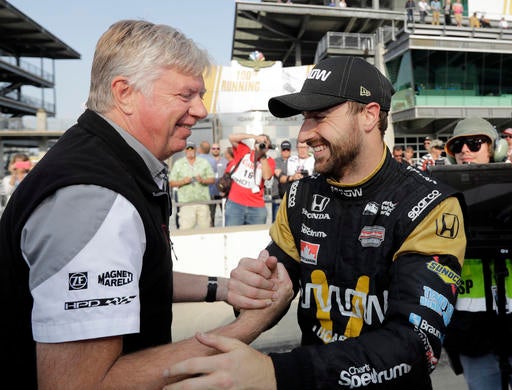 The Canadian driver for Schmidt Peterson Motorsports hung on after moving past three-time race winner Helio Castroneves in the final 40 minutes. Hinchcliffe finished at 230.946 mph.

All 33 starting positions will be set Sunday. The nine fastest from Saturday advanced to the shootout.

Weather changes made for a wild day on the 2.5-mile oval, with the lead switching hands twice in the final 45 minutes and bumping for the shootout taking place until the session’s final run.