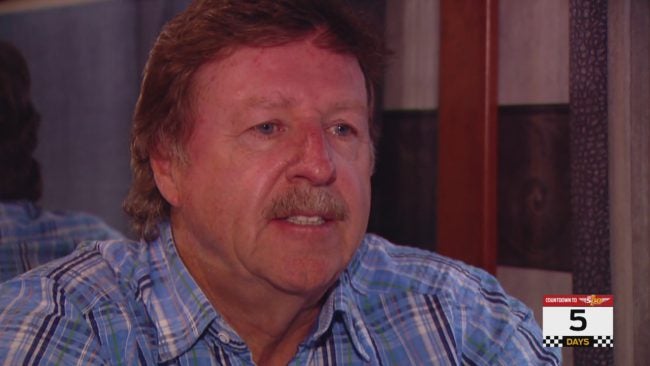 INDIANAPOLIS (WISH) — “By the time he was 12, he was going to be an IndyCar driver and there was no doubt in his mind whatsoever that he was going to make it,” said Jeremy Hinchcliffe.

James Hinchcliffe’s father Jeremy has watched as his son’s career has blossomed at every level. And now, he gets to watch him compete in the Greatest Spectacle in Racing from the storied pole position.

“For James to go out on the last run of the day for the last four laps and to grab the pole by three one hundredths of a second was very, very special. I thought I was going to pass out,” said Jeremy.

Jeremy witnessed firsthand his son winning his first ever pole position for the 100th running of the Indy 500. Through the cheers and hugs, the two shared a moment that many didn’t think would be possible one year ago.

“I was with my wife, Arlene, down in Turks and Cacos and I got a text message from a friend in Charlotte saying ‘How’s James?’ So I texted back saying, ‘Why? What Happened?’ And he was the one who said he’s in the wall in turn three,” Jeremy Hinchcliffe said.

In the wall, knocked unconscious with a piece of suspension piercing his leg, James’ wreck left him fighting for his life. IndyCar sent a plane to Jeremy and Arlene, allowing them to get to their son in Indianapolis.

“By that point, clearly James’ injuries were way more serious than we understood,” Jeremy Hinchcliffe said.

22 pints of blood later, doctors told his parents that James would recover –  but getting back on the track would be a long process.

“Him not getting into the race car was just not even on the agenda,” Jeremy Hinchcliffe said. “He was going to be back in a car without any doubt. The only question was how soon.”

The end of September came and James got back into a car – giving him eight months to prepare for the Indy 500.

“(The) remarkable thing was that there were no fractures, and there were no damaged organs. So, the really severe danger was the massive blood loss,” Jeremy Hinchcliffe said.

Come Sunday, James will have the chance to win the Indy 500 – making one of the greatest comebacks in the sport. But Jeremy knows a win won’t come easy.

“But then, then there (are) 500 miles to run, and everything is going to have to be absolutely perfect with a lot of luck to pull this one off.”