Hinch’s doctor in ER: I lost his pulse but he still had a rhythm 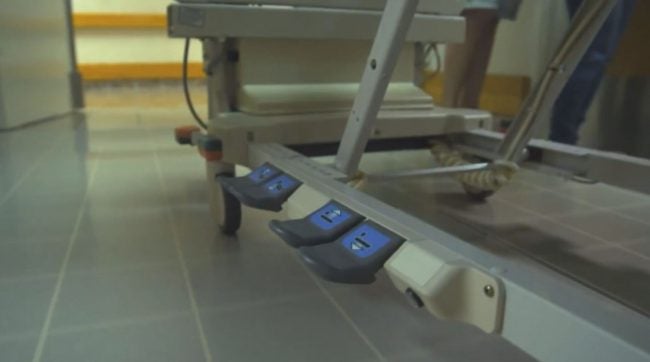 INDIANAPOLIS (WISH) – Timothy Pohlman, an IU Health Methodist trauma surgeon at the IU Health Emergency Medical Center at IMS was James Hinchcliffe’s doctor. He remembers the chaos when the ambulance pulled up and he got inside. 24-Hour News 8’s Indy 500 contributor Laura Steele talked to Pohlman about the ride to the hospital.

Pohlman was watching the TV when he remembers hearing a Code 5 being called at the track. The code means a driver has been seriously injured.

“He was bleeding fairly badly in the back of the ambulance so we started for Methodist,” said Pohlman. “We got to the shock room fairly quickly, started transfusing him. He was on life support at this point and he was still bleeding so we went straight to the operating room.”

“My hand was on Hinch trying to feel a pulse and I lost his pulse, he still had a rhythm.”

Once in the operating room Hinch responded and Pohlman said that a lot of credit goes to Hinch.

A major artery was involved.

“He (Hinch) came as close as you can come,” said Pohlman. “We almost lost him after he started to respond in OR.

Pohlman knew it was going to be a long road to recovery.

“He was almost a model patient and since then we’ve become pretty good friends,” Pohlman said.

Pohlman thinks it was Hinch’s humility that got him through. However, he will tell anyone he wasn’t the only one who had a hand in the recovery.

“I had a small part. A lot of people were involved, said Pohlman.

Hinch also gave a lot of praise to his nurse Shelly Lucas. Who said he was in good spirits from the moment he opened his eyes.

“He was coming out of ICU he was awake and alert and coming to the realization of his injuries and what he had gone through. Immediately his great personality came out and good sense of humor,” said Lucas. “From the moment I met him he wanted to know what he could do to get himself better to get back into the race car.”

At Hinch’s last doctor’s visit Pohlman shared – “He comes into the office and I couldn’t get a question in edgewise. ‘Hinch you’re fine. It was a privilege and honor.'”

Pohlman shared that “It’s hard to say it (the experience) doesn’t change me.”