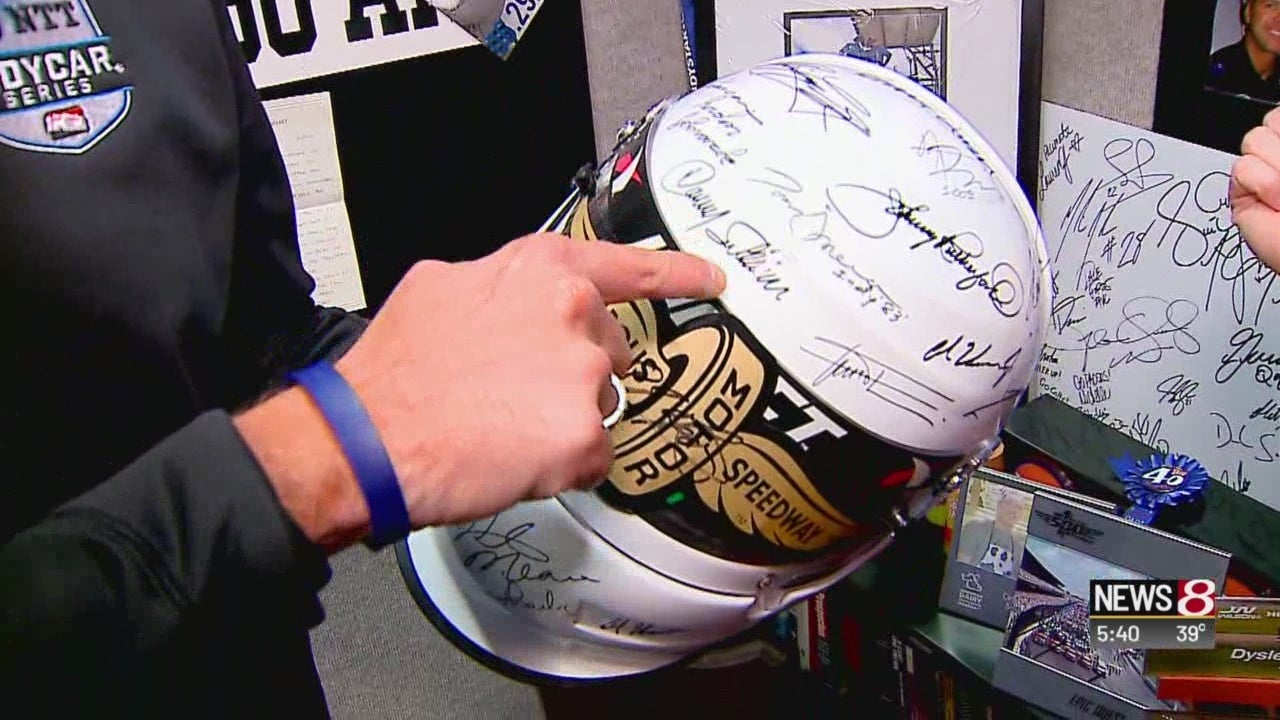 The co-host of the “Query & Schultz” radio show wears many hats. One hat in particular carries the most street cred.

“When I was a kid, I remember in 1983 Tom Sneva won the Indy 500. My buddy and I after the race that night started calling the (Indianapolis Motor) Speedway Motel. We had this weird vision that Tom Sneva was staying at the Speedway Motel. We wanted to congratulate him. Ever since then, I’ve always had this fascination with the winners,” Query said.

Query’s love for IndyCar started at a young age. The Indianapolis native fell in love with the sport the first time he heard an Indianapolis 500 broadcast on the radio.

However, the idea of a helmet signed by every living winner of the race came to fruition in 2013.

“I was at the Speedway in the Impact racing garage. They sell helmets. I was looking at the helmets thinking, ‘Should I buy one and get every winner to sign it?’ As I was thinking it, Mario Andretti walked in. We’re the only two people in there and I thought, ‘OK, that’s a sign to start it,'” Query said.

Thanks to Mario, Query has every signature from every living Indianapolis 500 winner: 30 total. Each autograph unique and with a special story.

“A.J. Foyt does not sign helmets. Knowing that Foyt wouldn’t sign it, I had to get crafty. So, I went and got a wing and wheel sticker and had A.J. Foyt sign it, then I put it on the visor,” Query said.

One signature that has a soft spot in Query’s heart is a four-time Indy 500 winner.

“My all-time favorite driver as a kid was Al Unser because he looked like my dad! That’s why I always liked Al Unser,” Query said.

Few objects tell a story quite like Query’s helmet, a tribute to the sport’s greatest who have conquered the race called “The Greatest Spectacle in Racing.”