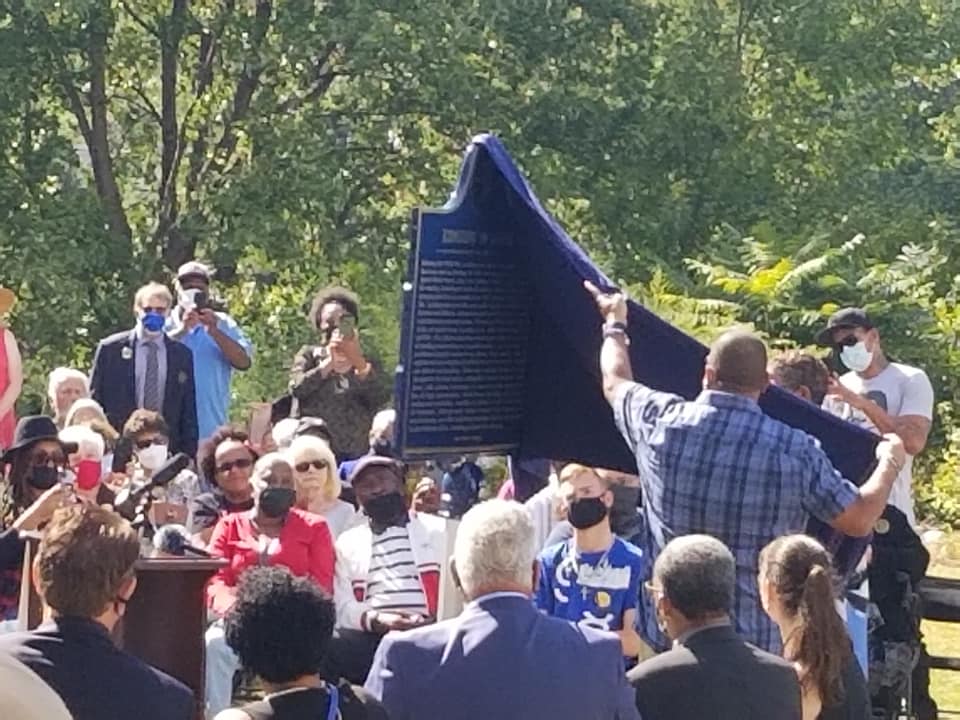 TERRE HAUTE, Ind. (AP) — A historical marker has been dedicated in southwestern Indiana in remembrance of a Black man lynched about 120 years ago by a white mob.

George Ward’s descendants, Terre Haute residents and the mayor were among those at Sunday’s ceremony in Fairbanks Park.

Ward was arrested in 1901 in the slaying of a white teacher.

Great-grandson Terry Ward said the mob took George Ward from jail and struck him in the head with a sledgehammer.

They dragged him along a bridge as bystanders pelted him with sticks.

He then was hanged from a former wagon bridge.

His body later was cut down and burned.