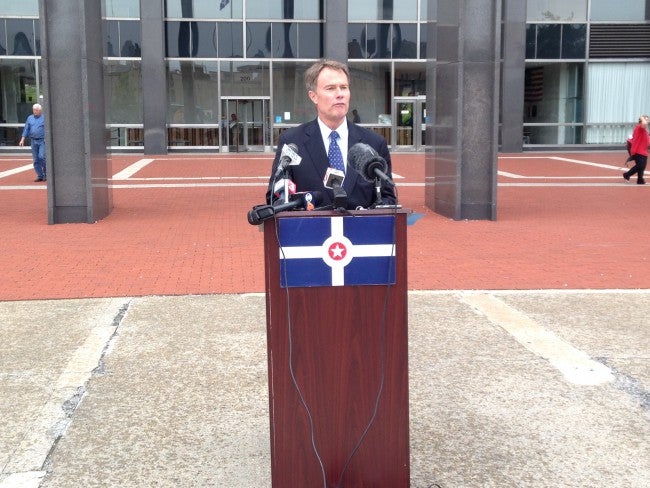 INDIANAPOLIS (WISH) – Joe Hogsett is promising to establish higher ethics standards if he wins the race for mayor.

Hogsett is trying to build on the reputation he built as U.S. Attorney.

It’s also the first policy position to be announced by either Hogsett or Republican candidate Chuck Brewer and Hogsett said it will be the first of many from him.

The Democratic candidate appeared outside the City County Building to call for, among other things, greater transparency in city contracts.

He pointed out that as federal prosecutor he brought charges against two members of the Indianapolis City County Council, Republican Lincoln Plowman and Democrat Paul Bateman.

Both were convicted on corruption charges.

“It often leads to kicking hard, tough issues down the road,” he said, “and I think a two term limit would impose on the chief executive a much needed encouragement to get the job of the people done in a short period of time.”

Hogsett said he would also reject memberships in country clubs and other perks traditionally offered to the mayor.

These are policy positions that are the foundation for a campaign that most voters will see only in TV commercials and those commercials are already in production.