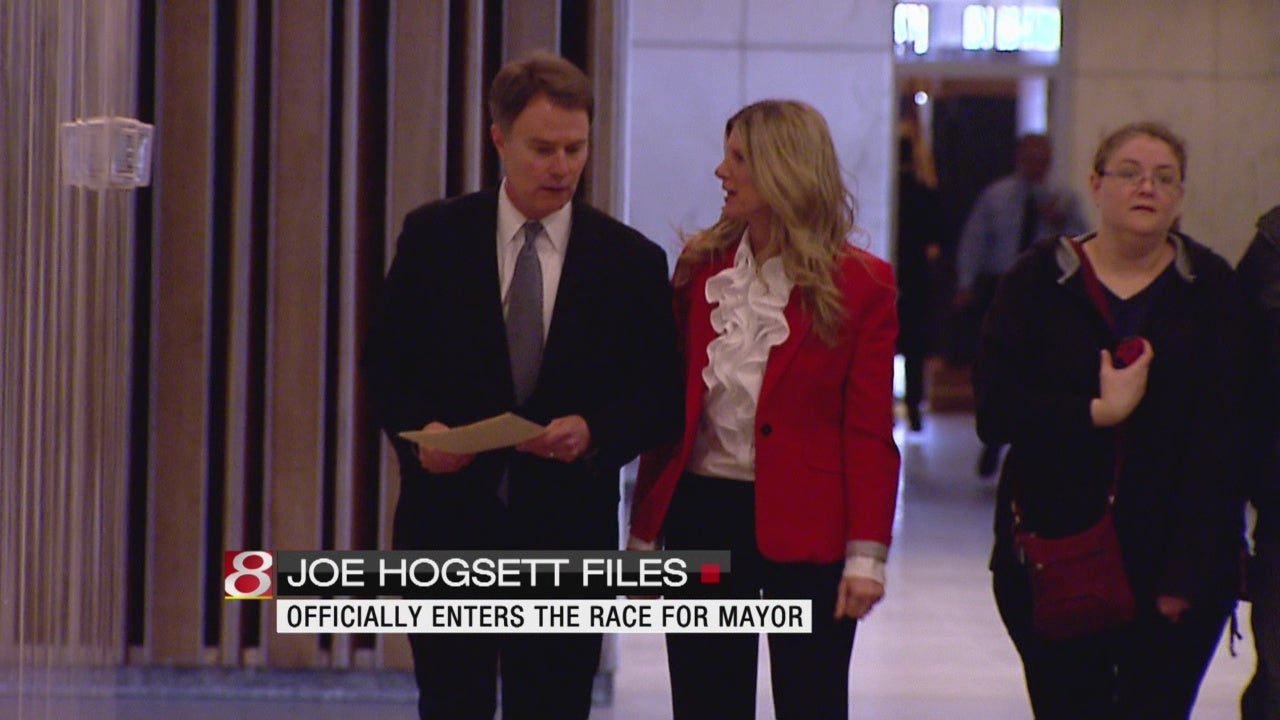 INDIANAPOLIS (WISH) – Joe Hogsett filed the paperwork Wednesday to get his name on the ballot in the May primary for Mayor of Indianapolis.

The Democratic candidate is running a textbook campaign to this point and that means that he has managed to get six months worth of publicity out of his decision to enter the race while offering little more.

So far, he has done everything possible to avoid controversy.

Hogsett appeared at the City-County Building with his wife Stephanie for an event that was planned as a photo opportunity as opposed to a news conference.

He filed his paperwork, obtained a copy from the clerk’s office, and then went on his way, stopping only briefly to answer questions.

When asked, he declined to say anything about the two Republicans who entered the race this week.

“Not here to talk about politics today,” he said. “I filed my candidacy and frankly this is less about who’s running and more about what people expect from their next mayor.”

When asked again, he said, “I really don’t intend to comment on any of my opponents. I’m going to focus on the vision I have for the future of the city and I hope that it is responded to by the voters.”

That’s because Hogsett has already raised over a million dollars and this is now considered to be a Democratic county.

Hogsett did make it clear Wednesday that he still believes that crime will be the biggest issue in the campaign and says he will soon take steps to lay out his vision for the city.