Home invasion victim woke up to gasoline being poured on her 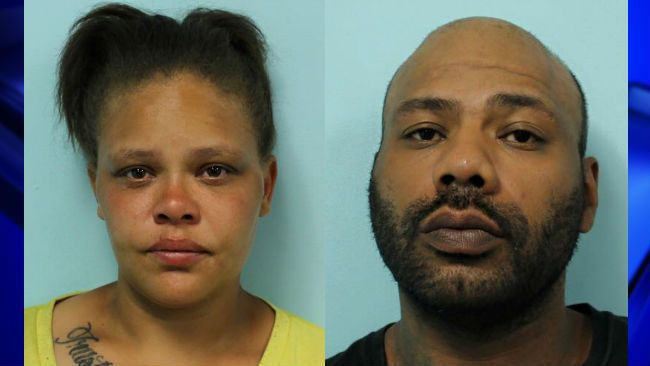 SPRINGFIELD, Mass. – Massachusetts police arrested two home invasion suspects accused of pouring gas on a victim and threatening to light her on fire if she didn’t turn over a debit card and PIN.

It all started just after 3:00 a.m. Monday when Springfield Police received a 911 call for a report of a “Home Invasion” on Arden Street. Police were met by a 63-year-old woman who smelled of gasoline and had duct tape on her mouth.

According to Springfield Police Sgt. John Delaney, the woman said she was awakened in her darkened bedroom by a man and a woman whose voices she recognized.

“The male suspect wrapped duct tape around the victim and her mouth,” said Sgt. Delaney. “This male suspect then poured gasoline on her and demanded her ATM card and her PIN number. They threatened to set her on fire if she did not cooperate. The victim complied with their request and the two “home invaders” fled the house.”

The victim freed herself and ran to a neighbor’s house to call police.

Police dog “Blek” followed the gasoline scent to a Bank of America ATM on Island Pond Road where officers found a sweatshirt with gasoline on it. There was a social security card in the sweatshirt, according to Delaney.

“(Springfield Police Detective) Lt. Kenneth Murray then contacted local cab companies and found that a taxi had picked up a fare on Agnes Street and the two passengers smelled of gas,” Delaney said.

With information from the cab company, and with assistance from West Springfield Police, detectives arrested a man and a woman at a West Side Motel. “The pair still had a hint of gasoline smell on their person,” according to detectives.

Both had outstanding warrants: Atkins for Larceny Over $250 & Uttering False Checks; Roman, for Assault With Dangerous Weapon and Armed Burglary.

Delaney said Atkins and Roman were able to get an undisclosed amount of cash from the ATM.

Both suspects were held for arraignment in Springfield District Court. The police investigation is ongoing, and more charges are possible.

The victim did not require hospitalization.