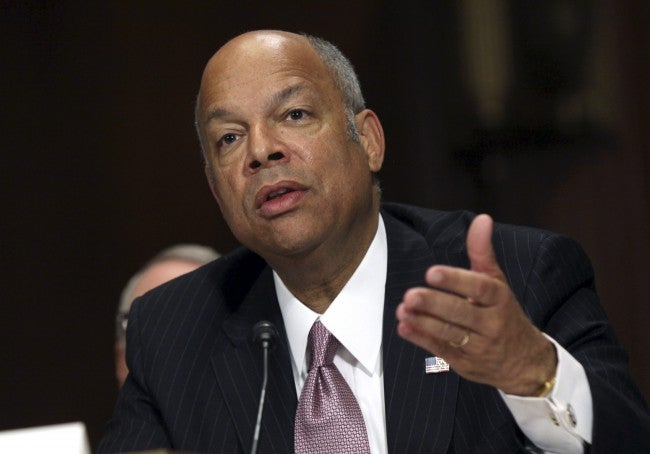 The TSA’s acting administrator, Melvin Carraway, is being reassigned to a different job in the Department of Homeland Security. Acting Deputy Director Mark Hatfield will lead the agency until a new administrator is appointed. Carraway was previously the superintendent of Indiana State Police from 1997 to 2004.

The directives come after the agency’s inspector general briefed Johnson on a report analyzing vulnerabilities in airport security – specifically, the ability to bring prohibited items through TSA checkpoints.

Johnson would not describe the results of the classified report, but said he takes the findings “very seriously.”

ABC News first reported Monday that undercover agents were able to smuggle prohibited items, such as mock explosives or weapons, through TSA checkpoints in 67 out of 70 attempts. ABC cited anonymous officials who had been briefed on the inspector general’s report.

In a statement issued Monday evening, Johnson said: “The numbers in these reports never look good out of context, but they are a critical element in the continual evolution of our aviation security.”

Johnson said he had directed TSA to take several corrective steps, including:

-Retesting and re-evaluating the screening equipment currently in use at airports across the United States.

Johnson said that in the longer term, he has directed TSA and the Department of Homeland Security to “examine adopting new technologies to address the vulnerabilities identified by the Inspector General’s testing.”

Still, he said, the agency was “constantly testing and adapting the systems we have in place.”