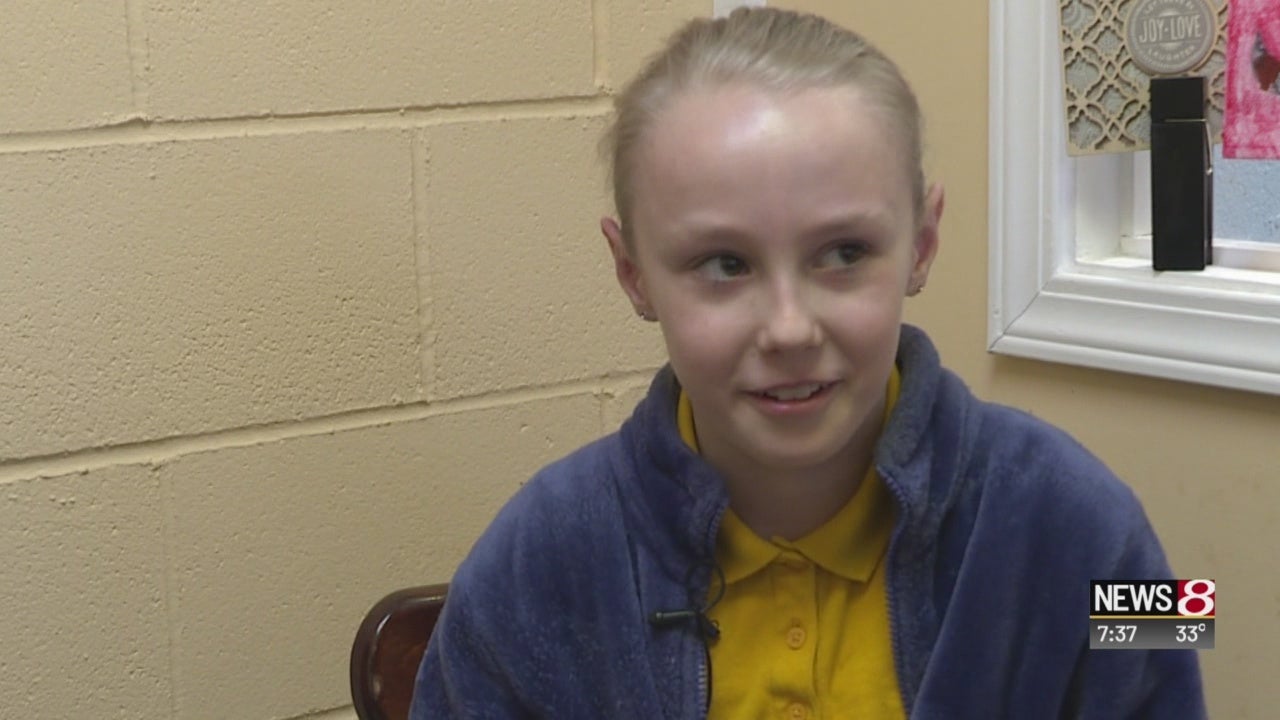 The two had play dates and sleepovers, did school work together and enjoyed decorating their rooms.

Cottrell and her “bestie” were among more than a dozen school-aged children at the Indianapolis homeless shelter on East Michigan Street.

More than 3,500 children in central Indiana experience homelessness on any given night, according to data from local shelters.

Nearly 30 children stayed at Wheeler Mission’s Center for Women & Children in February; another 18 children were housed at their winter contingency location.

Bethany Nelson, the Program Director for Families at Wheeler Mission, said her work with homeless children is often shaped by one guiding question: “How can we make them feel comfortable if this is where they’re currently calling ‘home’?”

Cottrell’s mother, Chelsea Terry, said Wheeler Mission “definitely felt like home” when she stayed at the shelter in 2017 to complete an 8-month addiction recovery program.

“I am not the person I was two years ago,” she told News 8, sitting in an office down the hall from her old room. “The turning point was when I got into an accident when I was high on drugs. I decided that I didn’t want my children to go to my funeral because of my drug use. It had gone on long enough and the pain that I was causing them wasn’t fair.”

Terry fought to regain custody of Cottrell, her son and her two younger daughters. She was able to stay with all four of her children while completing the “Higher Ground” program at Wheeler Mission.

The transitional, residential program is “designed to focus on total life change,” rather than a singular focus on addiction, according to program leaders. Terry said the support she received with childcare at the shelter freed her to concentrate on counseling and recovery.

Cottrell shrugged when asked if her hobbies or daily routine changed while staying at the shelter.

“I loved it here,” she told News 8. “I went to the same school. I saw my friends. I read a lot. I celebrated my 10th birthday here. I just acted normal.”

Tutors at the shelter helped her stay on track with schoolwork and ensured she could stay enrolled in her arts school.

Terry said her daughter experienced no academic disruptions, despite moving to the shelter and adjusting to a new environment two weeks after starting fourth grade.

“Bringing any child to a homeless shelter [is] scary,” she admitted. “It was like, ‘How are [my kids] going to handle it? How are they going to react to it?’”

Ultimately, she said, staying at the shelter allowed the family to “get back on track” and handle the emotional process of reunification.

Cottrell said she initially had little hope of living with her mother again. The most recent period of separation was the second time she had been removed from Terry’s care by Department of Child Services (DCS) officials.

“I remember the day we found out we could go back to her,” Cottrell told News 8. “I went up to my room and I just started screaming into the pillow in happiness.”

But not every child at Wheeler Mission has friends, hobbies, academic goals or healthy relationships with family.

“It’s easy to forget what being homeless can look like,” she explained. “If I could start a worldwide campaign, it would be to help people look past what you see in the moment and really see the person there. That’s so important to do with kids because they learn that from us.”

Shelter staff is trained to “help kids feel empowered and confident about themselves,” Nelson said, but also to open their hearts to strangers and newcomers.

“There’s nothing more innocent than watching kids in our childcare area who don’t know each other at all and then  — all of a sudden  — they’re friends,” she told News 8.

Cottrell said she and her friend, Denise, still have play dates and sleepovers; they have as much fun at their new homes as they did at the homeless shelter.