Hong Kong man reportedly the first to have COVID-19 twice 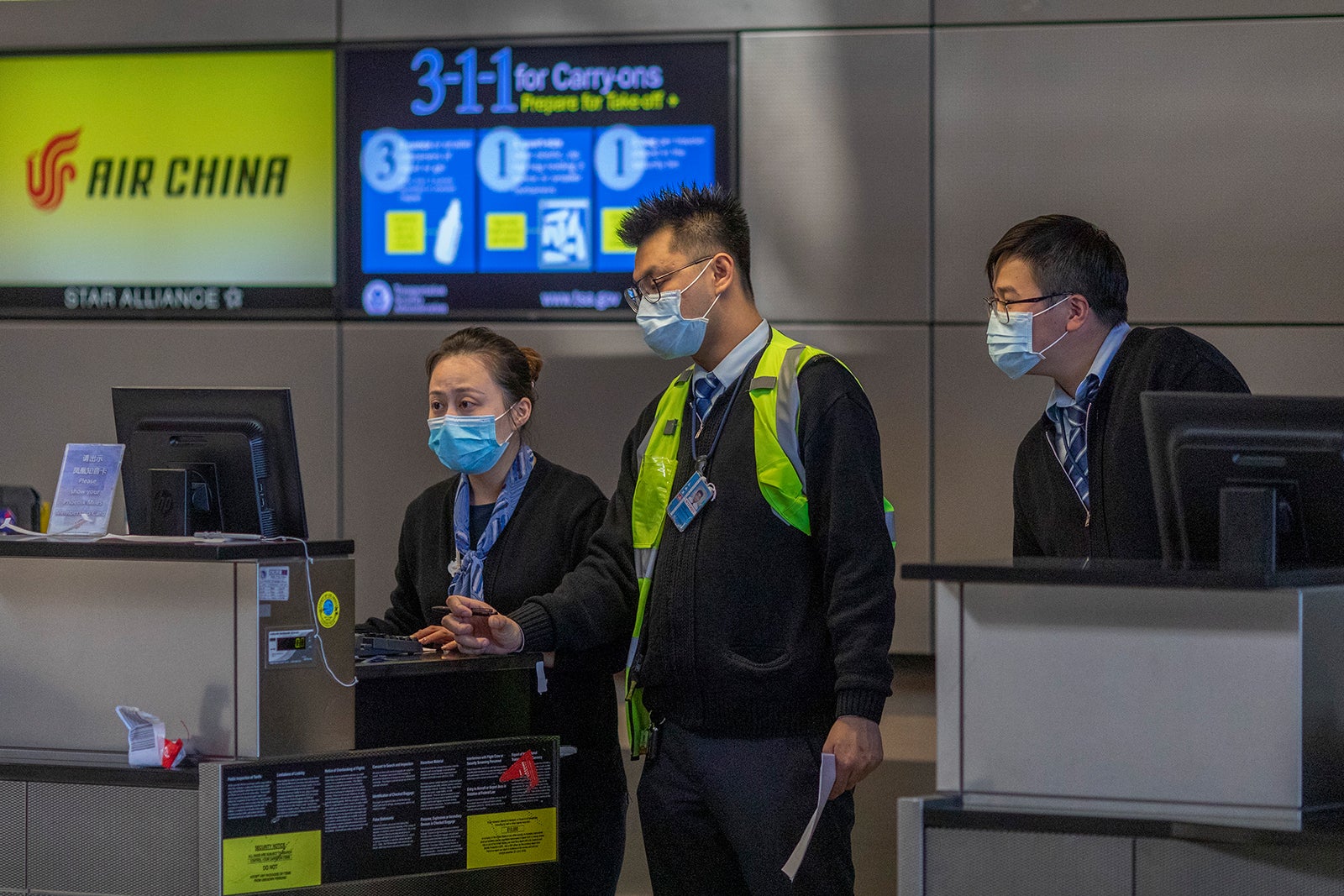 LOS ANGELES, CA - FEBRUARY 02: Air China employees wear medical masks for protection against the novel coronavirus outbreak at LAX Tom Bradley International Terminal on February 2, 2020 in Los Angeles, California. The United States has declared a public health emergency and will implement strict travel restrictions later today. Foreign nationals who have been in China in the last two weeks and are not immediate family members of U.S. citizens or permanent residents will be barred from entering the U.S. Meanwhile, about 195 U.S. citizens who were evacuated from China to March Air Reserve in California are under under quarantine at the base, prohibited from leaving until it is determined that they will not develop symptoms of the disease. (Photo by David McNew/Getty Images)
by: Dr. Mary Gillis, D.Ed.
Posted: Aug 24, 2020 / 01:56 PM EST / Updated: Aug 24, 2020 / 01:56 PM EST

HONG KONG, CHINA (WISH) – A Hong Kong-based 33-year-old man is the first known patient to have been reinfected with the coronavirus, researchers say.

The patient was first infected four months back and presented symptoms including a deep cough, sore throat and low-grade fever, authors write in a preliminary report that has not yet been published.

However, during round two of infection, the patient was an asymptomatic, silent spreader. Confirmed reinfection was detected on August 15 at Hong Kong’s airport after a mandatory re-entry screening. The man–whose name has yet to be released–had been traveling abroad. He was hospitalized immediately, but never showed symptoms.

Previous research shows disease antibodies can fade in as little as eight weeks making reinfection a real possibility. However, some scientists are skeptical.

“What I think is really important is that we put this into context,” epidemiologist and World Health Organization’s lead infectious disease expert, Maria Van Kerhove, PhD said during a press conference held in Geneva on Monday according to CNN. “There’s been more than 24 million cases reported to date. And we need to look at something like this on a population level. So, it’s important we document this…but we need to not jump to any conclusions.”

News 8’s medical reporter, Dr. Mary Elizabeth Gillis, D.Ed., is a classically trained medical physiologist and biobehavioral research scientist. She has been a health, medical and science reporter for over 5 years. Her work has been featured in national media outlets. You can follow her on Instagram @reportergillis and on Facebook @DrMaryGillis.

IPS Board Meetings / 59 mins ago