Hoosier Survey: Many support protections based on sexual orientation 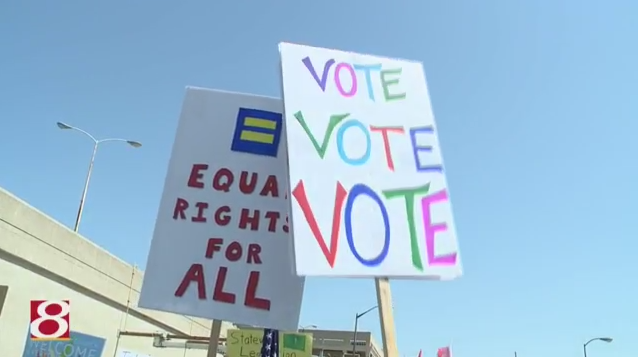 INDIANAPOLIS (WISH) – A majority of people in Indiana believe that the Religious Freedom Restoration Act, known as RFRA, still needs to be fixed.

It’s one of the findings in the WISH-TV/Ball State Hoosier Survey.

56 percent of the people questioned want to see protections based on sexual orientation and gender identity. Only 36 percent are opposed.

“All of the regions are sitting there at over 50 percent,” said Ball State political science professor Ray Scheele. “For example, the southern region is even over 60 percent that they support that.”

And that’s why organizations including Freedom Indiana are conducting grassroots efforts to convince lawmakers to make a change.

“This is just one of those issues,” said Oesterle in September, “there’s not room to compromise on civil rights.”

“That’s the base that the Republican General Assembly and the Republican governor have to work with,” said Ball State political science professor Joe Losco.

And some of that opposition is on the web in a video produced by Eric Miller of Advance American to warn against action on the General Assembly’s organization day.

“It’s even more devious because this sneak attack could involve passing a bill on Nov. 17 that deals with sexual activity and children,” said Miller.

Through it all Indiana has been the target of loads of negative publicity.

The Hoosier Survey found that most of it is directed at the media: 64 percent. Only 19 percent blame the governor and just 7 percent point to the General Assembly.Editor’s note: Chime in! Vote in our unscientific poll within this story.