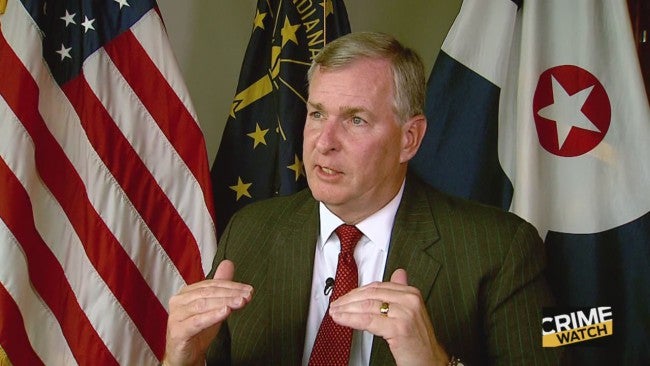 INDIANAPOLIS (WISH) – Downtown Indianapolis was filled with red, white and blue on Tuesday in honor of Americas veterans.

The Veterans Day Parade was one of many events that took place across central Indiana.

The Veterans Day council said they have organized similar events for more than 50 years.

As thousands of Hoosiers lined the streets to offer gratitude, 24-Hour News 8 spoke with Vietnam War veteran, John Dyar, who said he appreciated the support.

He said even though he is a veteran he still makes sure to express his gratitude when he sees someone in uniform.

“Because I know what it was like, when I came home from Vietnam,” Dyar said.

There were more than 80 groups that took part in the parade.

Before the parade began, the Veterans Day Memorial Service was also held to honor those who have served in the armed forces.

Veterans were honored on the steps of the Indiana War Memorial. Hundreds of people were in attendance and many of them were veterans.

Some attendees clutched American flags and others wore military attire.

The key note speaker was the Mayor of Indianapolis, Greg Ballard. Ballard is a retired Marine who pointed out this will be his final Veterans Day as the mayor.

He took time to point out what his administration has done for veterans during his time in office.

“We (are) also one of the few, extremely few cities, in the entire nation, that can lay claim to the fact that (with) one phone call, the homeless veteran can have a roof over their head that night and food in their belly, and all of the services at their disposal,” Ballard said.

Ballard also spoke about some of his most memorable Veterans Day moments during his time as the Mayor of Indianapolis.