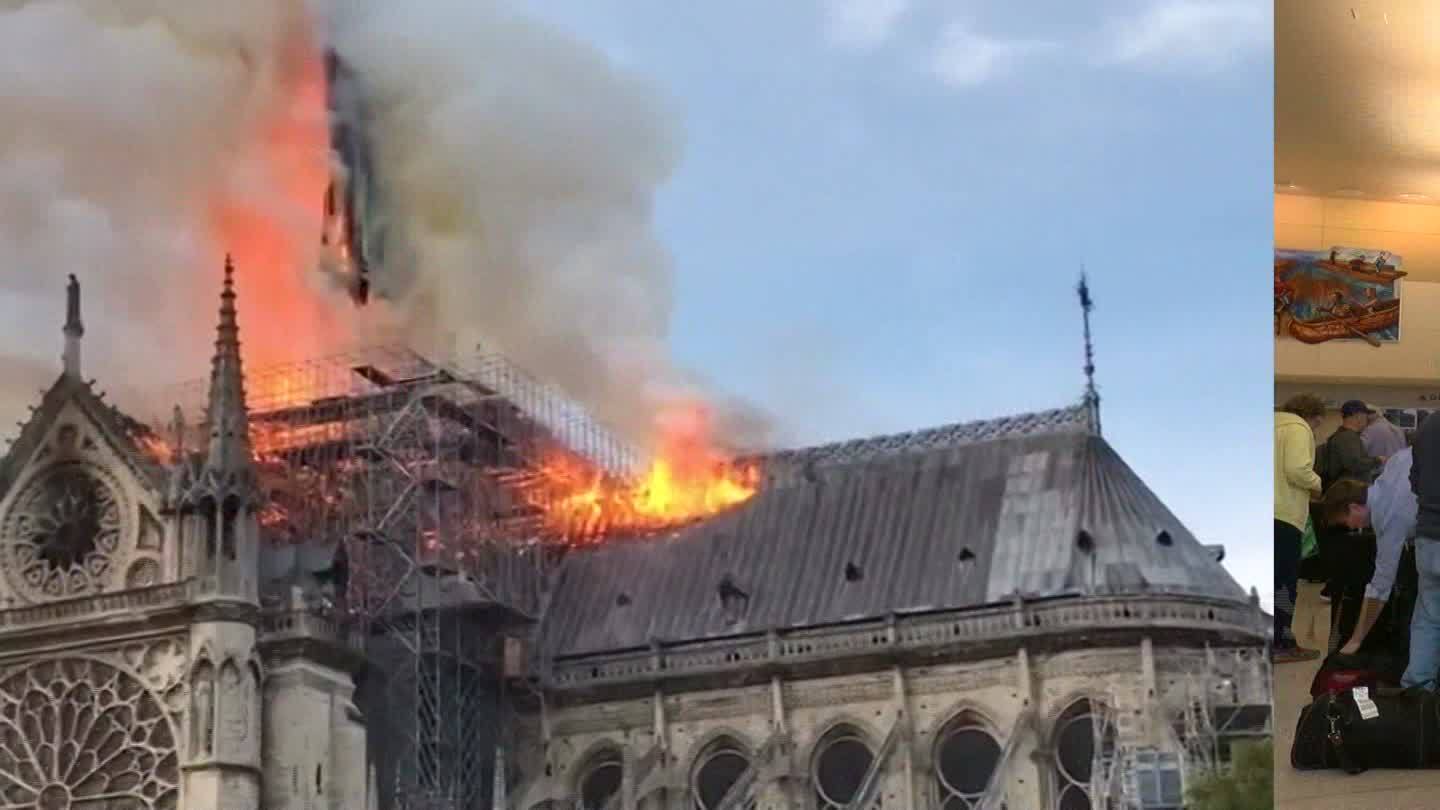 INDIANAPOLIS (WISH) — Even though it’s more than 4,000 miles away, Hoosiers visiting Paris and others living abroad are feeling the impact from the heartbreaking images of Notre Dame Cathedral catching fire on Monday.

“We stood on the bridge, traffic continued, but soon after it stopped,” said Jennifer Adams, a professor at DePauw University.

She was a half-mile away when the fire broke out.

“It was a horribly emotional experience,” she said.

For visitors and locals alike, the cathedral is typically a must-see attraction given its historic and religious significance.

“This is actually one of my favorite places in Paris is on that very island,” said Benoit Menez, who lives in central Indiana now but is from just outside Paris.

He dug up a picture of his children in front of the cathedral as he thought about what has happened in his home country and sent it to them.

Antonio Menendez also lives in central Indiana but grew up in Paris. He has spent a lot of time thinking about the fire this week.

“Notre Dame is not only important culturally in terms of religion,” he said. “It’s also important in terms of the religion of being French.”

That French culture is something that Menez and Menendez have striven to bring to their new home of central Indiana. They’re on the board of the nonprofit Alliance Française d’Indianapolis, which strives to help educate Hoosiers about French culture and the language. They have events and meet weekly to do just that.

Wednesday’s meeting was to have a central theme: Notre Dame. They’ll be talking about Victor Hugo’s famous novel, “The Hunchback of Notre Dame,” a nod to the cathedral burned but still standing.