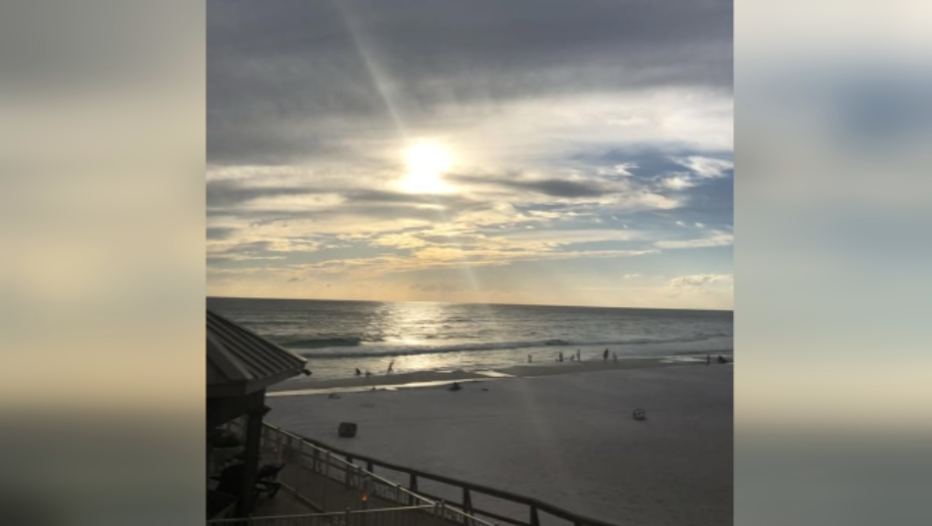 PANAMA CITY, Fl. (WISH) — A group of 25 friends and relatives from Indiana fled for safety – and sunshine – when they found themselves directly in the path of Hurricane Michael during an annual fall break trip to Florida.

The Hoosiers, from New Palestine, said weather conditions quickly deteriorated after they arrived at their vacation condo in Panama City.

Although video clips shared by the travelers show abandoned beach chairs and cabanas amid ominous clouds and choppy waves, one member of the group said she initially pushed to stay and ride out the storm.

Within hours, half the group had packed up and fled the Panhandle, heeding warnings from officials predicting a devastating and potentially “life-threatening” storm.

“13 [people in our group] left yesterday,” Smith said Tuesday. “Today, we decided the other 12 of us weren’t splitting up. We were all leaving at the same time, together, and going to the same place.”

She spoke with News 8 on the phone as her boyfriend, Nick Short, drove west in search of a safer fall break destination.

Determined to continue their beach vacation, the pair headed toward Gulfport, Mississippi instead of cutting their trip short and returning to the Midwest.

“Go about three and a half hours west and find a nice place that’s not gonna get hit,” said Short. “It’s beautiful here.”

Other “fall breakers” from Indiana also scrambled to rearrange travel plans when they found themselves in the path of the approaching hurricane.

A Noblesville resident, Laurie Scolastico Love, said her family drove from Indiana to Port St. Joe. They arrived in the Gulf County city Monday around 3 a.m., mere hours before officials issued a mandatory evacuation order, and were forced to leave that afternoon.

“Spent the day looking for an Airbnb [vacation rental] and drove six hours south,” she said in a post on News 8’s Facebook page. “Passed several gas stations out of gas before I was able to pull in and get some… Right before I pulled in, a pack of wild pigs ran out in front of my car and made me swerve. And that’s just day one.”