Hoosiers volunteer in Texas amid flooding 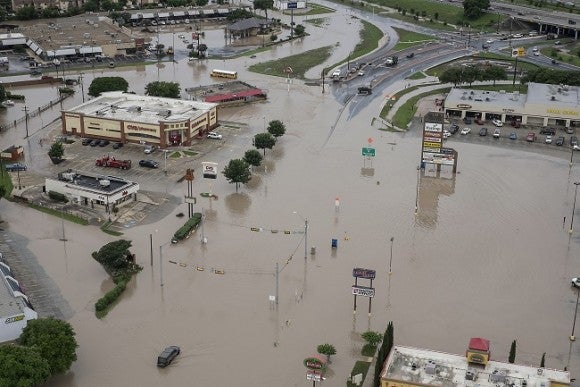 INDIANAPOLIS (WISH) — Local American Red Cross workers said Tuesday that eight volunteers from Indiana were on the ground in Texas or Oklahoma helping those affected by flooding.

Red Cross emergency services manager Brooke Riester said more will be there soon. Riester is more than 1,000 miles from Texas in the Indianapolis office, but that’s not stopping her from helping people in Texas.

She spent much of her Tuesday making phone calls and sending emails, searching for volunteers who are available to head south for two weeks.

“Literally, within the last five minutes, I’ve just seen at least 20 positions posted to go to Texas to help,” Riester said in an interview with 24-Hour News 8.

Part of her job is to fill those positions.

As the flooding continues, Red Cross is sending shelter workers, nurses, and mental health counselors from across the country.

“This will be maybe the most devastating day of these people’s lives. They need a professional to talk to,” Riester said.

That’s where Jerry Montgomery comes in. She’s in Dallas leading a team of counselors.

The team has been working with people who are now forced to relocate.