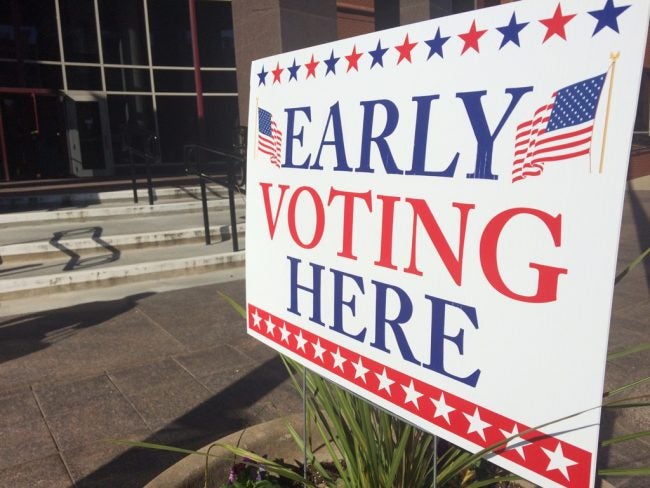 FISHERS, Ind. (WISH) – Hundreds of Hoosiers are flocking to polling places to vote early and some of them are waiting in line for hours.

Voters in Fishers waited at city hall for three hours.

“I was shocked a little bit. I was assuming maybe an hour,” voter Sean Globle said. “Once you make the commitment, you have to stick to it.”

More than 43,000 people already voted early in Hamilton County. That’s more than double the amount at this time during 2012 and 2008.

Globle and other voters said the county should add more early voting locations next election.

Fishers City Hall and the Carmel Clay Public Library will be open for early voting Saturday from 10 a.m. to 3 p.m. People can vote early at the Hamilton County Government Center from 9 a.m. to 4 p.m. Saturday and 8 a.m. to noon on Monday.

Election workers said Marion County’s early voting numbers are down from 2008 but lines are getting longer.

“It makes me happy. It makes me feel that the voters are paying attention to this election,” Russell Hollis of the Marion County Clerk’s Office said.

In Fishers, some voters came back late from their lunch break. It wasn’t a fun wait, but some of them would do it all over again.

“There are countries where people aren’t allowed to vote,” Arnold said. “People have died and sacrificed a lot and I think it’s our duty to vote.”