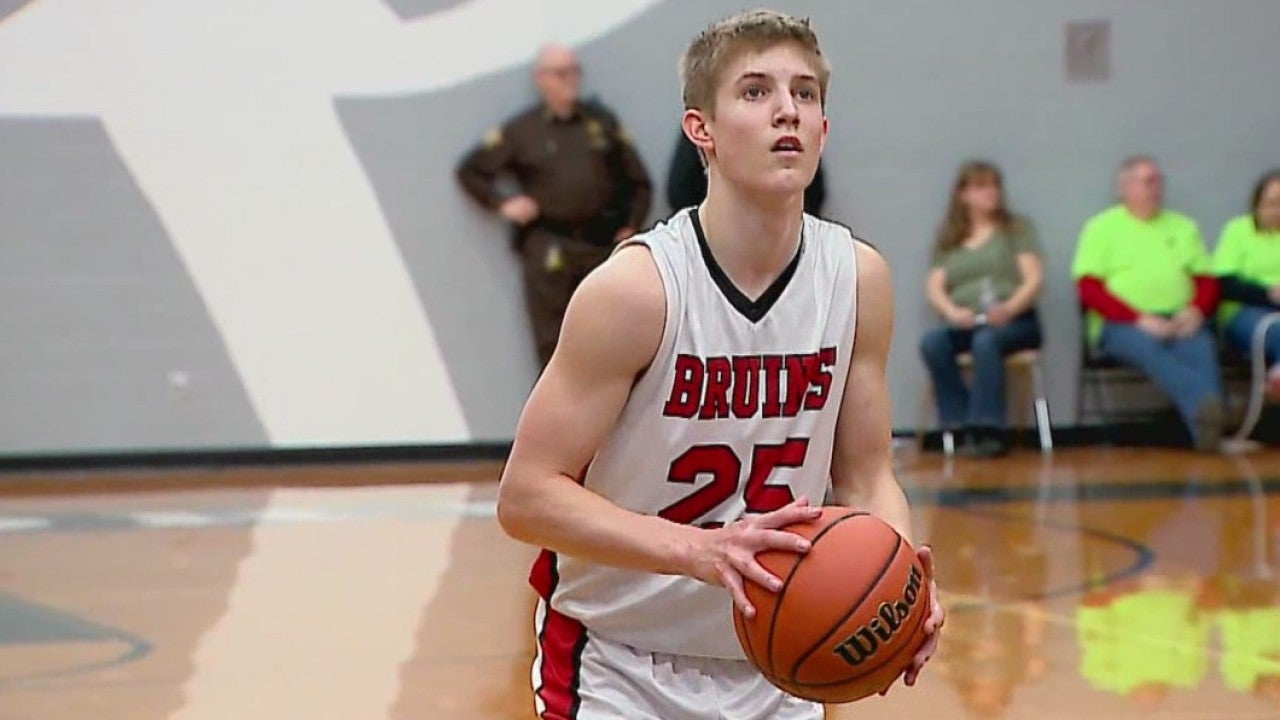 HARTFORD CITY, Ind. (WISH) — Most news for the 6,000 residents of Hartford City and surrounding Blackford County isn’t so good. Too many small towns know the feeling.

“It is a nice little town, but tragic to them because for 30 years, things were just kind of going downhill,” said Jerry Hoover, head coach of Blackford High School boys basketball.

It’s a community accustomed to watching doors close. Businesses, schools and other key aspects that most suburban towns take for granted are gone.

But a small one at a high school gym, cracked open.

“How many points is Luke going to get tonight?” said Mitch Waters, head coach of Blackford girls basketball.

That is the question most diehard Bruins fans wake up with on the morning ahead of gameday. All thanks to a Brown, a sophomore sharpshooter who moved from Brownsburg to Hartford City to play high school ball for his grandfather’s 84-year-old cousin.

Yes, Jerry Hoover is still coaching. Hoover and his son Don inherited a team that before last season snatched just one win over its last 70 games.

Earlier this month, Brown’s skyrocketing small-town story made history in Indiana — no player has reached 1,000 career points faster than the Bruins’ humble superstar.

“You have the freshman, now sophmore, that can score. You have the old coach and you have the community,” Brown said, explaining why he thinks the story has garnered national attention. “But we go out and play for the crowd. We play for them.”

The 84-year-old Hoover has for decades been able to turn around a program. But Blackford is different.

“All of a sudden this community latched onto this team and they have latched onto this boy,” Hoover said. “It has given them hope. This year, as you can see, we have sold this place out. And it sits 4,000 people”

Brown is putting up more than 36 points per game heading into the Bruins’ 3A sectional showdown with no. 1 Delta Friday night.

The regular season was certainly scrapbook worthy: 17 wins for the first time since the 1977-78 season.

Brown, who seems to be handling all of the hoopla like a seasoned veteran, reiterated this show is all for the fans — fans who needed something to show up to; to cheer for; to stand on their wooden bleachers and scream at the top of their lungs for.

“I think being able to touch people and people’s lives in the community is my favorite thing,” Brown said. “Scoring 54 (in front of Gov. Holcolmb) is awesome, but I have always wanted to spread God’s word and get out in the community and talk to people. To be able to do that is pretty cool.”

“People just come up out of a clear blue sky and say, ‘We are glad you are here,'” Hoover said. “It is kind of a dream come true for us.”

In Hollywood, they dream stories like this up for the money. In the Hoosier state, it’s just for hoops.