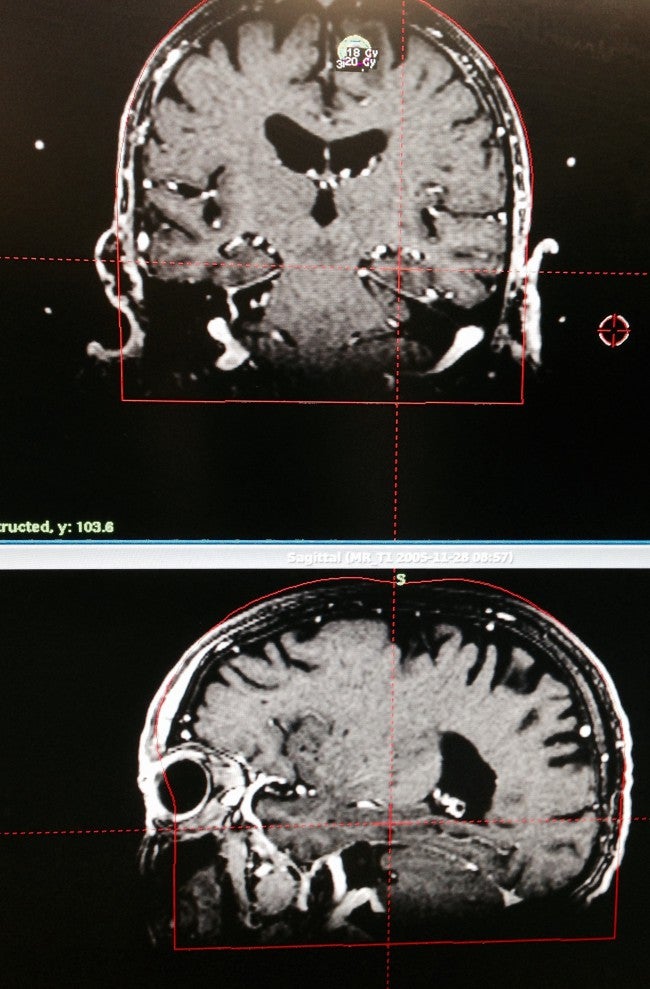 INDIANAPOLIS (WISH) — IU Health Methodist Hospital recently received a new machine considered to be a medical breakthrough in the fight against brain cancer.

An estimated 400,000 people are impacted by the deadly disease each year, according to the American Society of Clinical Oncology.

The game-changing technology recently arrived and IU Health Methodist Hospital is the only hospital in the state of Indiana to have received the machine, called Perfexion. Only 200 facilities in the world currently have access to treat patients with it.

Radiation oncologists say that lasers pinpoint tumors in the brain, targeting them with a concentrated bolt of radiation.

Patients are first given light sedation and report feeling minimal pain. The treatments last between 15 minutes up to several hours depending on what activity it detects and the severity of the tumor.