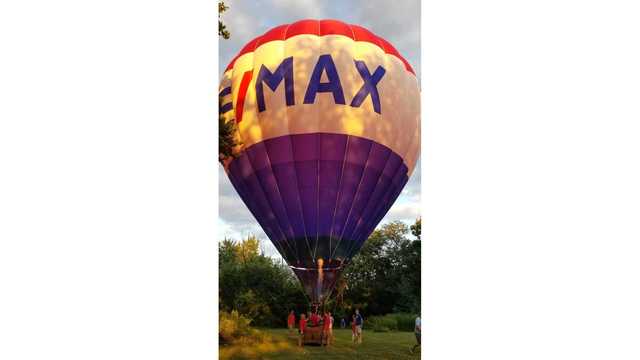 FORT WAYNE, Ind. (WANE) – A family got quite the surprise Wednesday night when a hot air balloon unexpectedly landed in their backyard.

The Re/Max balloon landed at the Lyttle family’s home located near the intersection of State Boulevard and Hillegas Road.

News 8’s sister station, WANE, received several calls and messages because people were worried that the balloon had crashed.

It turns out that was not the case. The balloon was being used to advertise during the Three Rivers Festival and the balloon operators never quite know where it will land when the day is done.

It just so happened to land in the Lyttle Family’s yard Wednesday night.

The family even got to help pack the balloon up and send it on its way with the Dream Catcher Ballon Team from Huntington.