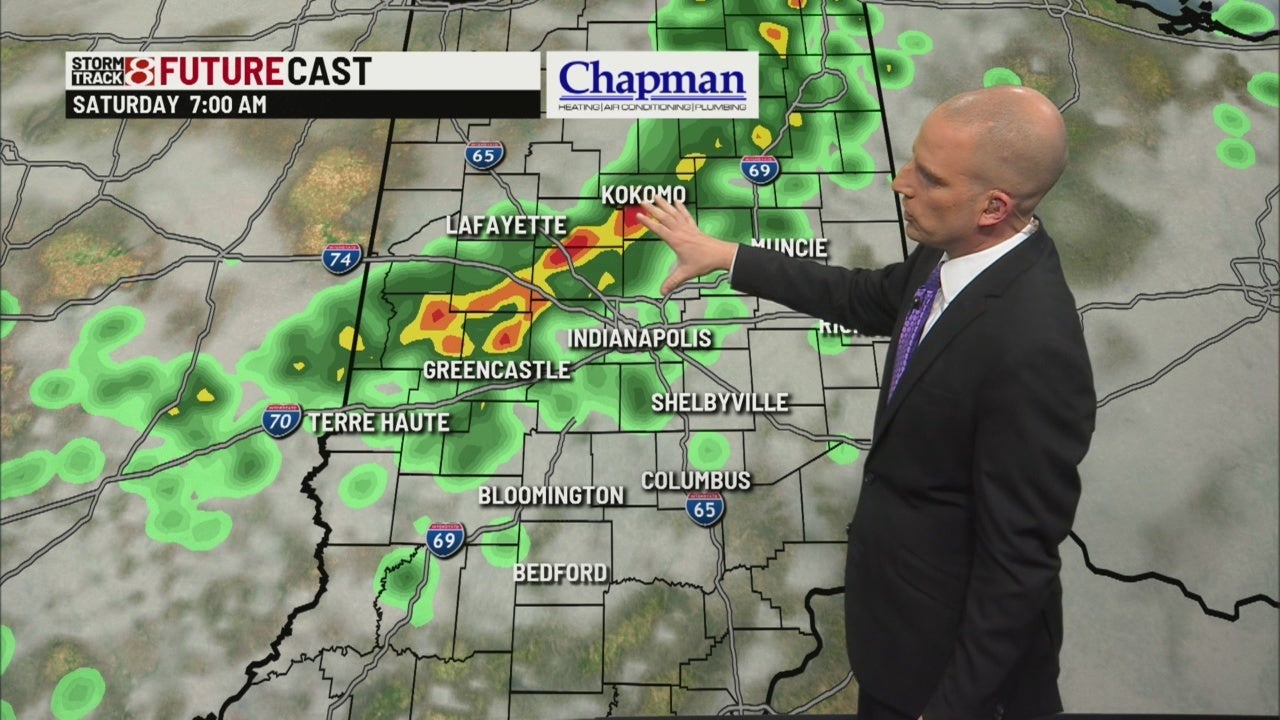 INDIANAPOLIS (WISH) — A few storm chances could accompany the rise in the heat this weekend.

Upper-level wave, which was responsible for steady rain in Illinois, has fallen apart as it has worked through the central portions of Indiana.  The wave will continue to march east.  Expect a decent amount of cloud cover for the remainder of the evening, with just a few spotty light showers around.  Most areas should be dry.

Lows fall to the lower to middle 60s.

An upper-level wave will push through the state early Saturday morning, sparking widespread rain with a few embedded thunderstorms.  Rain should clear the area by late morning.

Can’t rule out an isolated storm or two for the afternoon, but overall, we should be relatively quiet for the second half of the day.

Highs top out in the middle 80s.

Hot and humid weather grabs hold of the Midwest for the end of the weekend.  Expect highs to reach the upper 80s and lower 90s.  A rogue storm or two can’t be ruled out.

The 90s will hang around for the first couple of days of the work/school week.  While most will stay dry Monday and Tuesday, it’s not entirely impossible for a stray storm to develop during the peak heating hours of Monday and Tuesday afternoon.  Next best chance for rain will arrive on Wednesday, which should allow for some heat relief for the second half of the work week.