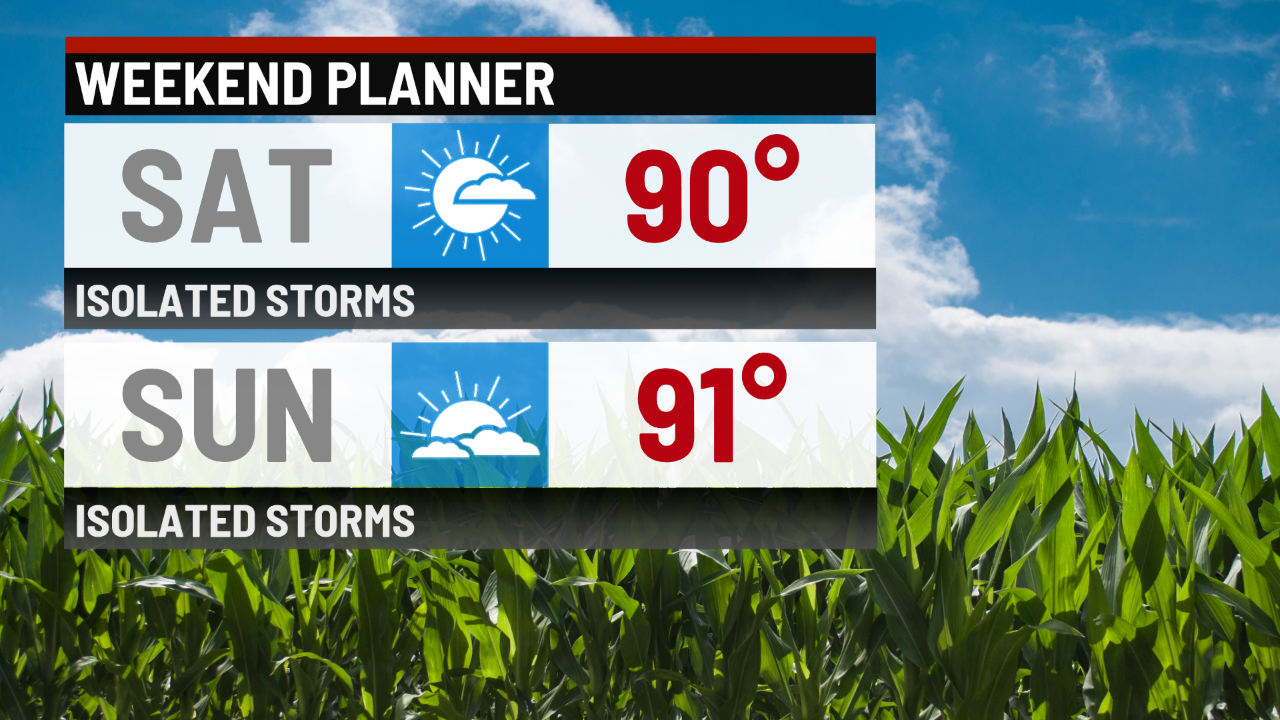 INDIANAPOLIS (WISH) — Temperatures will hover around the 90° mark throughout the weekend and into the beginning of next week.

TONIGHT: A few isolated shower and storms are possible for the early evening hours.  These will be few and far between, but any storm that develops could produce some heavy rainfall.

Otherwise, we will have a mainly clear and mild night. Lows will dip into the upper 60’s.

WEEKEND: We will have a dry and hot weekend in store for us. Temperatures will top out around the 90° mark. Be sure to hydrate more often and take extra breaks if you are doing anything outdoors. There is a small chance that a pop up shower or storm could happen, mainly in the afternoon hours of both Saturday and Sunday, but it will be mainly dry for most of us.

5 DAY RAIN CHANCES: Our next best chance for rain looks to occur next Monday and Tuesday. The rain will have an impact on temperatures as it will knock them down by a few degrees leading into the middle of next week.

8 DAY FORECAST: As our temperatures look to return to being around average for this time of the year, a dry trend looks to start up as early as next Thursday. Temperatures look to hold in the mid 80’s as we roll into next weekend with dry conditions.