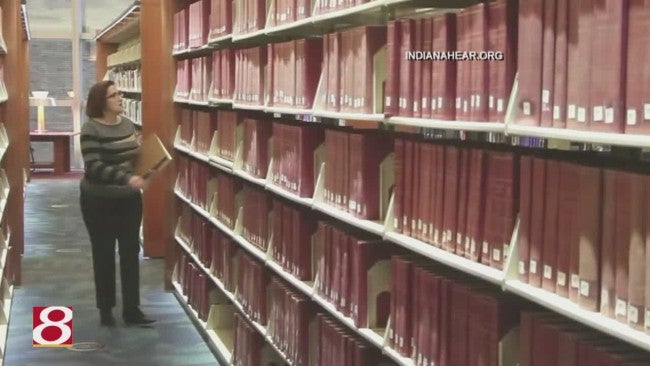 INDIANAPOLIS (WISH) – A House Judiciary Committee took no action Monday on a bill that would let people who were adopted between 1941 and 1993 have access to their birth records. After testimony for and against Senate Bill 352, members said they wanted to consider amendments to it.

John Casebere was one of several people testifying in favor of the bill. When he was 18 he went to the courthouse to get his birth records but was told no. He said that set him back for years.

“Whether their story is a happy or sad one gives you a sense of being anchored to the world – not alone in it,” the 41-year-old said.

Not knowing his medical history, he chose not to marry or have children.

“If I couldn’t have the information I needed to make a good decision about carrying on my genes, I wouldn’t make the decision at all,” he said.

Years later he found his birth mother – it turns out she’d been a co-worker for almost 13 years.

It’s this kind of Information proponents such as Marcie Keithley-Roth said reinforces the need for open records. In 1978 she placed her daughter for adoption and asked that medical information about her history of seizures be given to the adoptive parents. It never was.

“As a result, my daughter began to have seizures, and at 22-years-old she suffered a stroke,” Keithley-Roth said. “All of which could have been prevented by truth and transparency.”

Pam Kroskie, president of Hoosiers for Equal Access to Records, was reunited with her biological mother in 2011 – a year before her birth mom died of breast cancer. She said it’s given her a chance to get early screenings – medical history denied to so many other adoptees, she said.

“For us, it’s important. Had I never found them my sisters would know but I wouldn’t know,” she said. “So, it’s just essential. We are the only citizens who don’t have access to our identity.”

Opponents such as adoption attorney Steven Kirsh, however, said adoptees already have access to records as long as the birth mother gives consent. He said opening records could open up old wounds for birth mothers.

“You are taking away our right to reconsider, the right to heal,” she said. “Not every mother will want it but they should have the opportunity to say so instead of being legally relegated to the shadows until the day we die.”

Kroskie applauded the committee for its decision to take some time to weigh possible amendments.

“If they want to look at maybe extending out the time for birth mothers to find out about it to write in for the redaction or the non release form, that’s understandable,” she said, “But we want these forms open and clean and hopefully that’s what they’ll decide.

As currently written, SB 352 would allow birth mothers to file a no contact form that would continue to keep records sealed.