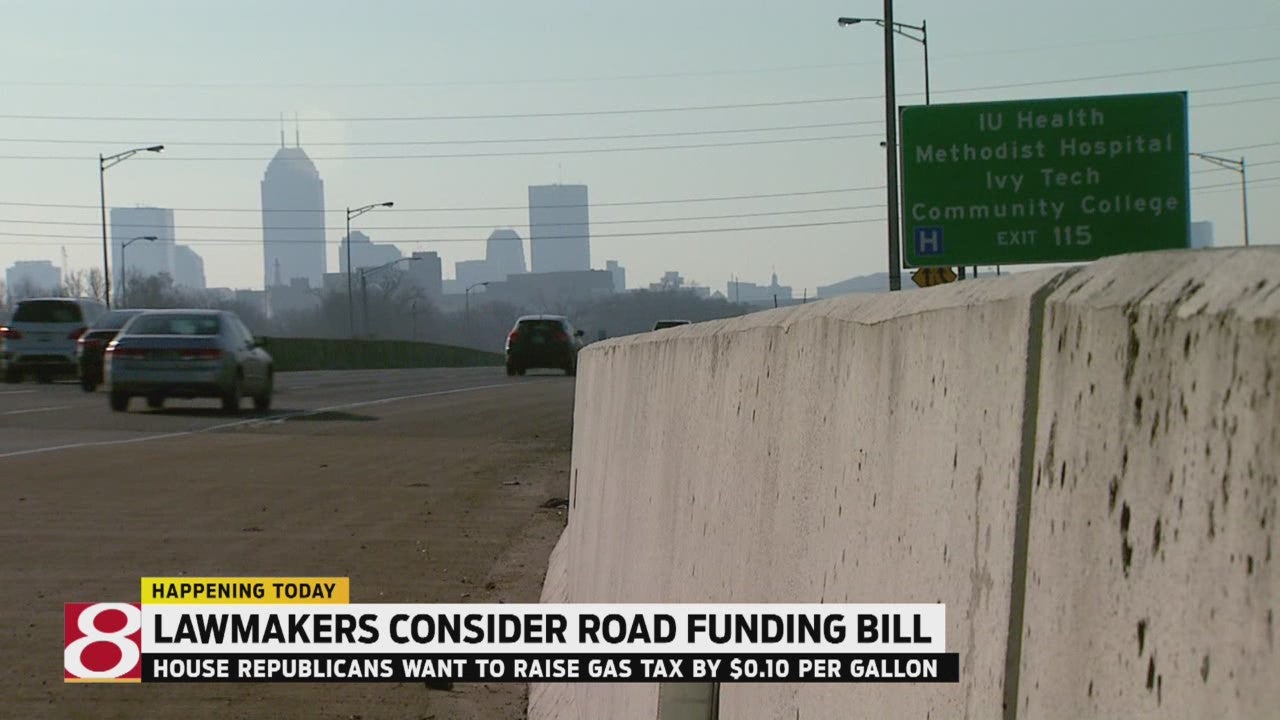 INDIANAPOLIS (WISH) — A road funding plan that would raise Indiana’s gas tax could take a step forward on Wednesday. The House Ways and Means Committee is scheduled to vote on House Bill 1002 at 1:30 p.m.

House Democrats have also released a plan for road funding, though their bill is not on the Statehouse schedule yet. Democratic lawmakers say their four-year plan would annually generate more than $800 million by cutting waste, using the entire gas sales tax on roads and freezing some tax breaks. The bill would also make loans available to counties and towns to do road work.

24-Hour News 8 will continue to follow the bill and bring you updates as soon as they happen.