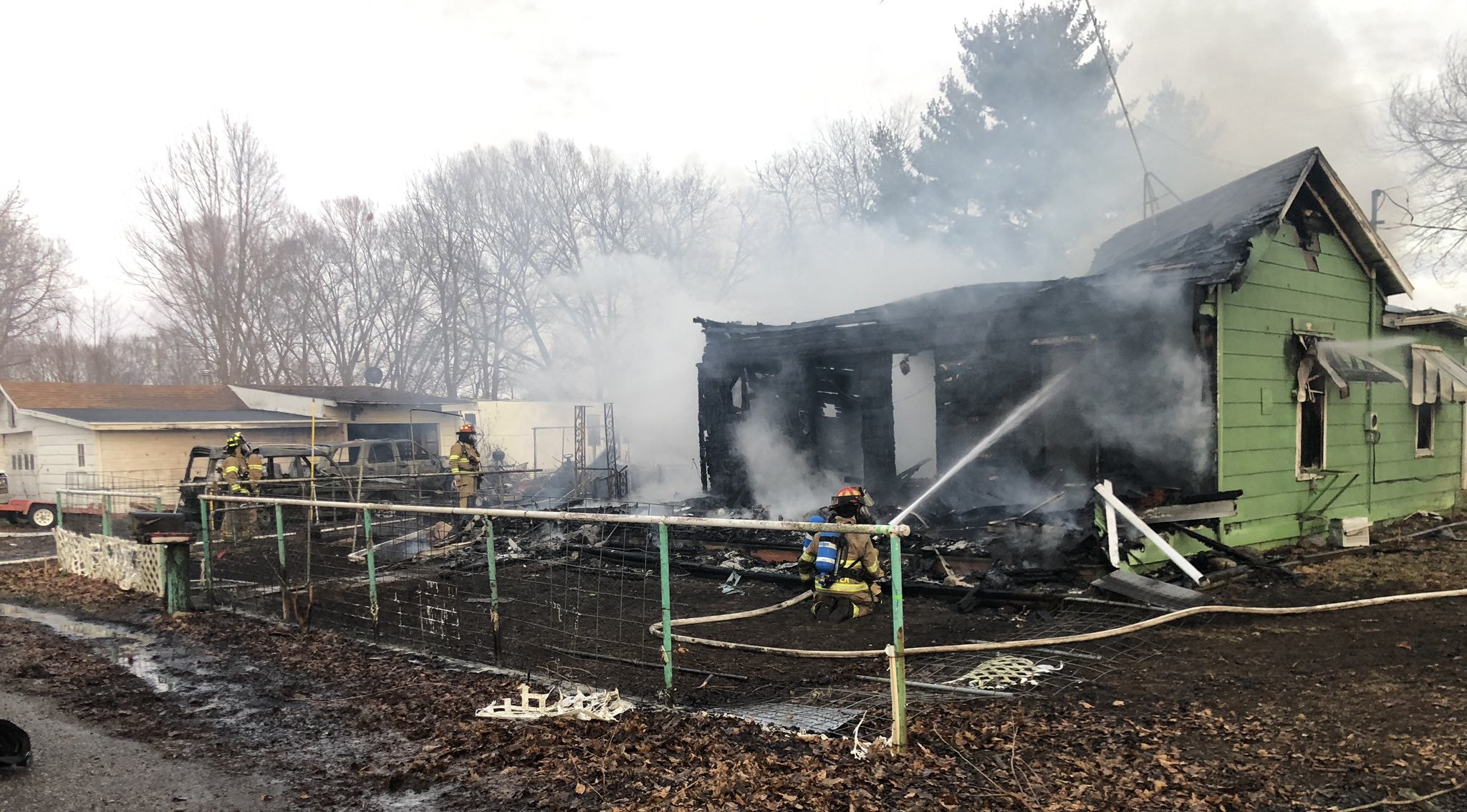 ATTICA, Ind. (WLFI) — Multiple fire agencies on Thursday afternoon were at the scene of a home explosion in rural Fountain County.

The call came in around 4 p.m., for a home in the Portland Arch community, about 5 miles southwest of Attica.

The owners said they were in the home when it happened. They got out unhurt, but two cats and eight dogs inside are presumed dead.

The property also had a garage with two cars totaled inside.

It’s unclear at this point what caused the explosion.

Fire crews called Tipmont REMC to turn off power to the area while they battle the fire, but Tipmont tells us they do not have any gas lines there.