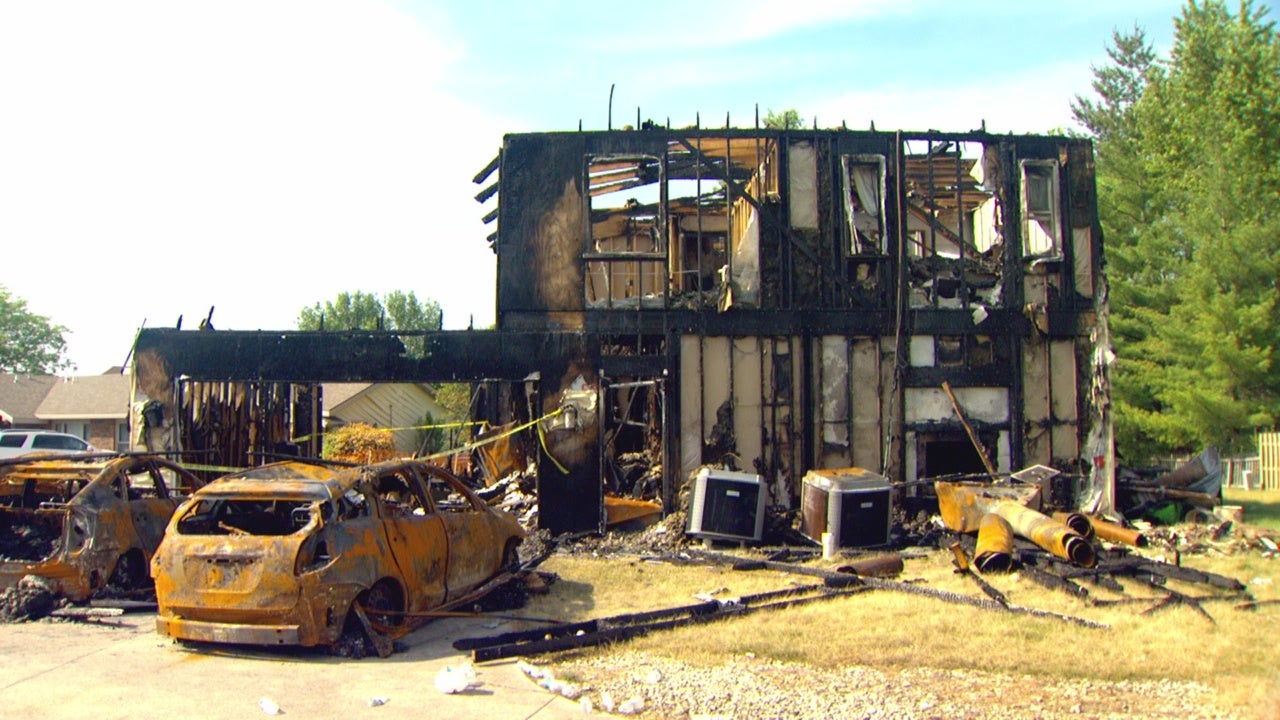 INDIANAPOLIS (WISH) — Fire overtook a Muncie home with two people inside and firefighters called it too dangerous to try to rescue them.

Then a 911 phone call from inside the home changed everything.

This happened very early Saturday morning at a home in Muncie.

Firefighters from Hamilton Township Fire Department were first to respond when the woman inside the home made a call to 911.

She and her husband thought they could get out, but ended up trapped.

Fire Chief Tim Baty said the most time people can typically survive inside a fire is 10 minutes, but Pam and Tom Price were trapped for 38 minutes and ended up alive.

When firefighters arrived at the house, the couple was trapped in their second floor bedroom.

“It was just a mass of fire you could hardly see the house you just saw a fire ball,” neighbor Nelson Rediger said.

Firefighters attempted a rescue. “The East bedroom floor collapsed the firemen were on the window ready to go in,” Baty said.

Chief Baty weighed the risk for his crews, deciding the fire had become too dangerous to go inside.

“That’s when we decided to go defensive. I didn’t feel there was really any real chance anybody could survive this,” Baty said.

From inside, Pam Price had made two 911 calls, hanging up each time.

But she decided to make one more and stayed on the line with dispatch.

And it was that third cell phone call that let firefighters know she was still alive.

“That’s when the 911 dispatcher gets on there and says we can still hear them,” Baty said. With that knowledge, Baty made the call to send firefighters back into the home.

Firefighters pulled the couple out, alive and nearly unharmed.

Baty expected the heat or flames would have killed them within minutes, but he said fire never touched their room.

“Something else was looking out for the Prices that night,” he said.

“His clothes are up there hanging no problem. I mean, why?” Rediger said.

Neighbors are in disbelief.

“It just is a miracle really, you think divine intervention or whatever you want to call it, somebody watched over them in that corner,” Rediger said.

Both Tom and Pam Price were taken to the hospital with some smoke inhalation.

Tom has already been released and his wife is expected to leave within the week.