How an interest rate hike could impact your money 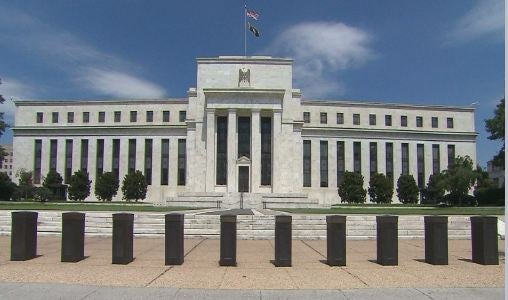 INDIANAPOLIS (WISH) – For the first time in nearly 10 years, the Federal Reserve could raise interest rates on Thursday.

There has been talk of raising rates for years, but this is the first time many experts think the Federal Open Market Committee may actually raise rates.  The Fed has kept interest rates near zero since 2008, when it lowered rates to help boost the economy.

Experts are split over whether or not the rate hike will happen. Since 2008, the United States has seen unemployment go down, and other positive signs the economy is on the right track. But there’s also concern of slow growth.

The global slowdown and volatility in the financial markets could be reason for the Fed not to raise rates. If the Fed does decide to raise rates, it will likely be a very small increase. Most experts believe it will be a .25 percent rate hike.

Many people will be most concerned about how a rate hike will affect mortgages, because mortgage rates have been at historic lows for several years.

“If the Fed does raise interest rates we can expect some of that to show up in higher mortgage rates. It wont be a large impact, and it may be a little bit delayed,  but eventually we may start to see higher mortgage rates,” said Robert Neal, a professor at Kelley School of Business, who used to be an economist at the Federal Reserve.

A rate hike could affect debt that does not have a fixed interest rate. That means you could be paying more in interest on many credit cards. Interest may also change on some of your private student loans. If you’re shopping around for a new car, expect to see those interest rates go up as well.

This is also a big decision for the financial markets. Neal warned investors not to be spooked be the Fed’s decision – whatever it may be.

“If we observe these periods of high volatility as investors – we should try and ride it out and not get caught up with trying to figure out what’s going to happen, and making major buy or sell transactions in advance of that,” said Neal.

24-Hour News 8 asked Wells Fargo Advisers about what this means for investors. Here are the firm’s notes:

Before making any decision about your money, you should consult your financial adviser. The Fed will release its statement at 2 p.m. Thursday and Fed Chair Janet Yellen will speak at 2:30 p.m.

24-Hour News 8 will keep you updated.