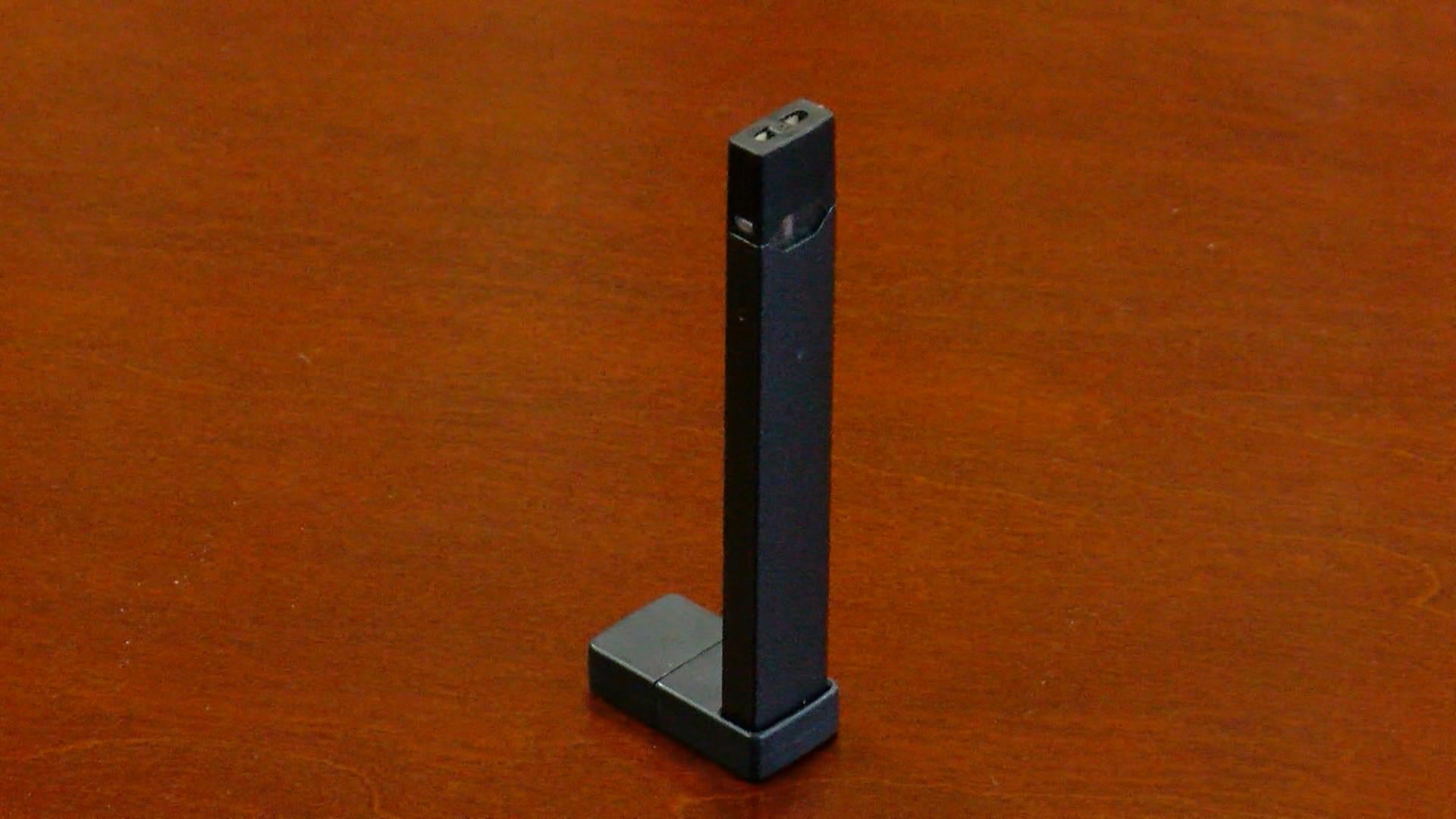 CARMEL, Ind. (WISH) — As the Food and Drug Administration cracks down on sales of e-cigarettes to minors, Carmel Clay Schools is taking matters into their owns hands to help students and warn parents.

It’s commonly referred to as “Juuling.” That is also a brand of a tobacco device, which the school district says minors have no trouble getting their hands on. Last week, the FDA said Walgreens sold more tobacco products to those under 18 than any other pharmacy chain.

A “Juul” has a liquid pod attached to it. It has a high level of nicotine and is purchased separately from the device itself. It’s a lot stronger than a normal cigarette.

Carmel Clay Schools resource officer Sgt. D.J. Schoeff says one pod would be equivalent to about 20 cigarettes. Not only can the liquid be flavored tobacco, it can also contain THC.

“We’re seeing maybe one or two devices in a weeks time,” Schoeff said. “It’s pretty widespread because the cost is not really that high.”

Schoeff says it’s easy to tell if a student is under the influence of THC. If resource officers are suspicious that THC may be in a device, it is entered into evidence and then sent to the Indiana State Police lab to test the content.

“Anytime we have a youth make a poor decision, there is an element of surprise to that,” Schoeff said.

Students who have violated the schools policy are sent to Carmel City Court Judge Brian Poindexter.

“It seems like it is very easy for young people to gain access to these devices,” he said.

He says the offense is a class C infraction and could result in up to a $500 ticket. Poindexter says in the past six months, there has been an increase in tickets.

“This is just an estimate but we could see five to 10 students a month,” he said.

If you’re a parent, the school district has a message for you.

“Constant communication with your child is very beneficial,” Schoeff said. “The other thing is just getting a better understanding themselves of what these products are.”