How did Hoosierville get its name? 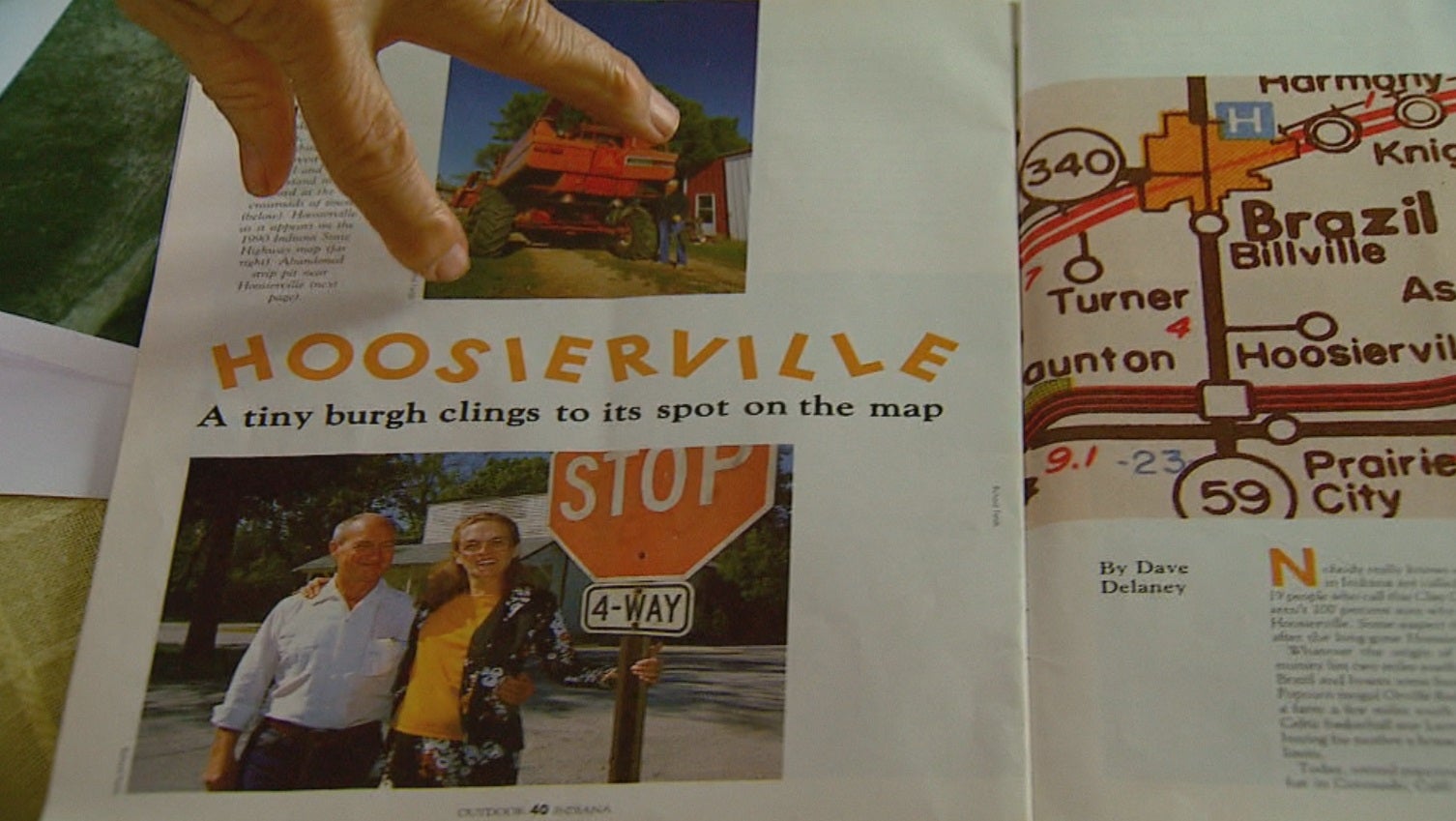 HOOSIERVILLE, Ind. (WISH) — All over the Hoosier state, you’ll find communities with interesting names. We’re traversing the state to find out where they came from.

Our travels took us all over Indiana, including Clay County, where we explored the town of Hoosierville.

“We moved here when I was 5 years old,” longtime resident Deloris Johnson said.

Johnson raised her family in Hoosierville — five grown children — three boys and two girls. Hoosierville began as a mining community but later became home to farming families like the Johnsons.

According to Chris Flook, Hoosierville is similar to a lot of smaller communities across Indiana. Flook teaches at Ball State University and studies smaller towns across Indiana.

“Places in Indiana that don’t get quite the same attention like Indianapolis and Fort Wayne and Muncie,” Flook said.

“Hoosierville was named obviously as an homage to ‘Hoosier,’ which at one point was a little like maybe the word ‘yokel,’ for backwoods folks, but the word evolved to something that we in Indiana take with pride,” Flook said. “To my best knowledge, Hoosierville was developed because of an early road that went through there and it had a post office at one point. But no interstate came through, no railroad came through and has fallen back into this sleepy hamlet.”

So sleepy that just a couple of miles away at the Sunnyside Family Restaurant in nearby Brazil, some people didn’t even know Hoosierville still existed.

“I’ve probably driven through it but I didn’t know it,” one patron said.

In most towns across Indiana, there’s a sign. Something to tell you where you are, where you’re headed, but not in Hoosierville, not anymore. Johnson said she doesn’t remember when the sign was taken down.

“I just remember when I got the Indiana map, it was gone,” Johnson said.

Nobody wants to be forgotten about, but Johnson said that’s how it felt.

“People who come through don’t know what all happened right here,” Johnson said.

Johnson showed us around the town, where the local store used to be and where she went to school. A school that no longer exists. But Johnson still holds out hope that someday Hoosierville will one day thrive.

“You might be surprised, you know,” Johnson said. “Somebody will come out start something and people come.”

So, what happened to Hoosierville? Why did it all go away?

Deloris said the sign, school and store went away when the people left for opportunities in other places.