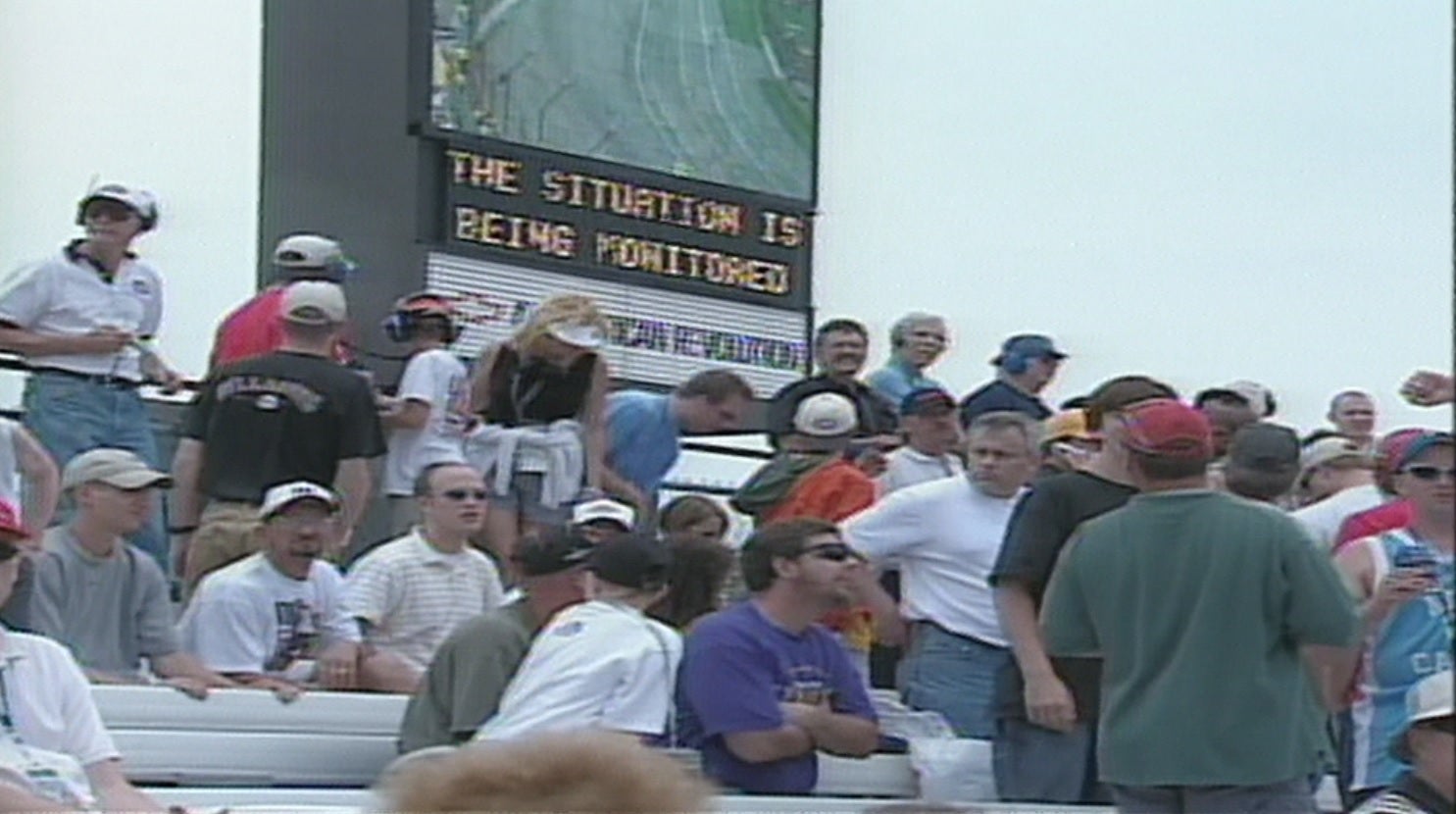 INDIANAPOLIS (WISH) – There are two certainties in Indianapolis: Big time sporting events, and crazy weather at any time of the year. Unfortunately, sometimes those things happen at the same time.

“Really 72 hours out, as you lead into the Indy 500 to start thinking through what are those, what is our messaging prepared?” says IMS president Doug Boles. “And one of the biggest things we do, practice days, qualifying days, race days, is make sure we are messaging the big boards and P.A., on our app all of the time to make sure people are aware of what weather is coming. So, that when something happens, or if it happens, we are able to, it’s not catching somebody by surprise.”

Boles is at the forefront of making decisions when it comes to severe weather. The Indianapolis 500 is unique in several ways compared to other sporting events. The first, and most important is the number of people at the event. Because of this, sometimes action needs to be taken more quickly than at other sportings events.

“Three hundred thousand plus people in one location is a difficult thing to think through,” says Boles. “People laugh about the window over Terre Haute. Terre Haute is really a point at which we need to start making decisions if we need to move people out of the venue because something could be here in an hour and we want to give ourselves 45 minutes or an hour to at least get people down and out of the grandstands. So, that is certainly something we have to think about. So, that we’re looking not just at what’s in Hendricks County, but we’re looking over at Vigo County at the state line as things come across, where exactly do we need to start making a decision that’s going to impact all of our customers.”

Meanwhile, another outdoor venue has to deal with Indiana weather – not just one day a year, but 70 days.

Lewandowski says they have a plan in place well before the first pitch, including how to keep fans calm while telling them to seek shelter.

“So, we try to take everybody down a level so to speak,” says Lewandowski. “So, our upper deck and our suites comes down to our main concourse level, we’ll fill in our restrooms. All of our main restrooms are on our main concourse level, and then our lower level seating patrons will make their way to the field, and actually down into the service level through the dugouts and other doors and entrances that we have down to our basement level.”

The two other major sporting event venues in Indy may be inside, but both Bankers Life Fieldhouse and Lucas Oil Stadium take severe weather safety very seriously.

“So our plan is to move guests to safety within the building, generally away from glass. Tornadoes generally come from the west, so especially on the west side of the building we want to move fans down in the bowl, away from glass and into interior corridors and hallways that are not glass facing,” says VP of security and event services at Bankers Life Fieldhouse, John Ball.

Ball also keeps an eye on the ever-changing weather several hours before an event. While lightning, hail and heavy rain aren’t a threat inside, it is outside, and Ball wants to make sure customers are safe, even well after an event has concluded.

“Should a severe weather event be happening toward the end of an event, we always will make an announcement that people are welcome to stay in the building in a place of safety rather than push them outside where it might be dangerous conditions,” says Ball.

And at Lucas Oil Stadium, there are multiple places for fans to go if they need to shelter in place. The stadium has signage clearly marked all over the stadium for safe locations.

Eric Neuburger, Lucas Oil Stadium director says they have put a lot of effort in communicating where fans need to go in the event of severe weather.

“Any of our spaces, many of them area restrooms which are very large here, it allows us to get everyone into paces near their seat,” says Neuburger. “We also have 50,000 square feet of exhibit space at the event level at this building which can be used to shelter folks.”

All of these venues suggest downloading their respective apps, which will provide alerts to you if you are in each venue during the event of an evacuation.