How to prevent fire hazards in your home 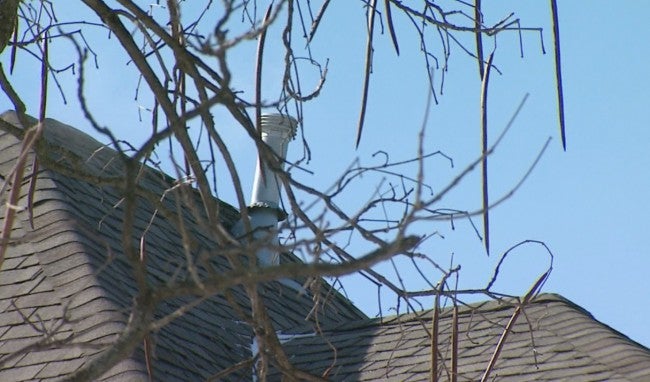 INDIANAPOLIS (WISH) — When it comes to keeping your family safe inside your own home, one of the most important things you can do is to check for fire hazards. As we transition into winter, this is the time of year those checks need to be done.

Aleatha Henderson is the Director of Public Education for the Indianapolis Fire Department.

“Last year, unfortunately we had probably one of our worst years for fatalities,” said Henderson. “We had over 18 fatalities and most of those were adults.”

Lives lost right here in central Indiana that Henderson says may have been saved if some preventative safety checks had been done. She says now is the time of year to do them.

“It’s really important to go around your home and just check things out, and just get ready for the colder months,” Henderson said.

Henderson says checking heating systems in particular is very important. Making sure you have your fireplace and chimney checked and ready for use, is just as important as having your furnace maintained. Is the filter clean? Is the area around it clear of combustibles?

“If you use space heaters, (check) that they’re in good condition,” says Henderson. “Make sure that you have one that has an automatic shutoff valve, so in case it gets tipped over, it will shut off.”

In the kitchen, there are any number of things to think about, especially if there are children in the home. Discarded cleaning supplies should be placed in a bin with a lid that can be closed.

“Kids will come, and just by accident, may come and just see something in the trash can that looks like it might be something that’s edible,” says Henderson.

And then there’s the stove.

“If you’re cooking, and you’re in a hurry, you could accidentally hit it (the stove), says Henderson. “A child, a small child could see the handle and could actually pull it down.”

And if a small fire does happen on your stove, here’s the right way to handle it.

“A lot of times they want to take salt or they want to take the flour and throw some flour on it,” says Henderson. “But if you have a grease fire, the thing you want to do is just to cover it with a lid and to smother it.”

“Most of the fires that occur, especially the fatal fires – they’re preventable,” says Henderson. “(Make) sure you properly discard smoking materials, making sure you pay attention when you’re cooking.”

And in addition to paying extra attention to the things that you might normally do without thinking, the single most important thing you can do for your family this winter is make sure you have a working smoke detector. You should also make sure you practice for an emergency.

“Most people neglect to have a plan,” says Henderson. “They always want to assume that if the worst happens, I’m going to know what to do, or my kids will know to get out. But the fact is that if you don’t practice, when the emergency happens, you’ll panic.

Director Henderson says a good rule of thumb is to have at least three feet of clear space around the stove and space heaters.

She also says to keep in mind if you are storing fuel for the winter, it needs to be kept in a garage a safe distance away from any combustibles. Do not leave it outside.

For more tips on how to winterize your home and how to make sure your home is fireproof, click here.