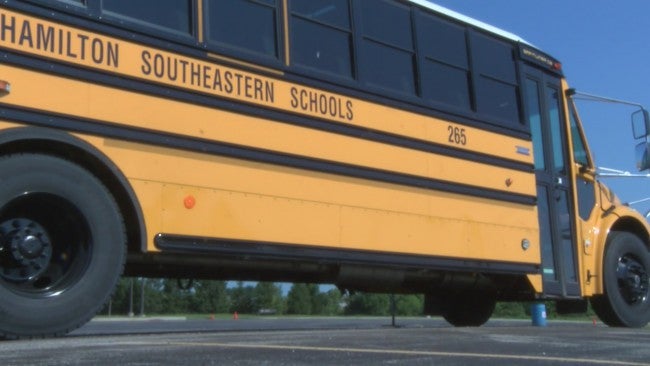 FISHERS, Ind. (WISH) — The Hamilton Southeastern School District is rolling out new elements to their mental health initiative as the 2018-2019 school year begins.

Brooke Lawson, HSE Mental Health Coordinator, explained that in the 2018-2019 school year all schools will begin participating in Social Emotional Learning models and every student will receive a video introduction to their school guidance counselor.

“Every student and family will receive one of these videos right before school starts,” explained Lawson,” just as a quick introduction as to who their school counselor is, what their role is and how they can help students be successful in college or career readiness, their social emotional learning and also their academics.”

“Insurance becomes a barrier at times so we wanted to make sure those barriers were taken away,” Lawson said.

HSE School District partnered with Community Health Network in January 2016 and began their program. In the beginning, HSE Schools had 3 therapists for 6 of the district’s 21 buildings.

“Really our goals were to make sure that any student in the district who was struggling with mental health issues were able to see a licensed counselor in their school building to receive support,” said Lawson.

She said that milestone was achieved with in a few months, as the district hired 13 licensed mental health professionals to rotate between schools. HSE High School, Fishers High School, and the Focus Day Program have a full-time counselor, and the remaining 10 counselors cover the 18 middle and elementary schools. Lawson notes the district has also hired a crisis liaison who is allowed to visit students in the hospital and aid them and the district as those students return to school full-time.

“[The crisis liaison] can communicate with the family and the school and the student to make sure they feel comfortable returning to school and that they’re supported,” she said.

In their report dated Fall 2017, the district reported 46% of students seeing a counselor were diagnosed with anxiety disorders, 20% with ADHD, 19% with depressive disorders, 9% with disruptive behavior disorders, and 4% with trauma-related disorders.  Therapists were serving 102 students at the end of Spring 2017. That jumped to 338 students in Fall 2017. Lawson explained the therapists would diagnose a student and help them overcome obstacles, but do not prescribe medication.

Within a few months, students began to catch on.

“Shortly after I started my job a student reached out to me and said I want  to start a mental health club. I said I don’t know what that is,  but I’ll help you with that,” said Lawson.

The Mental Health club (Stigma-Free HSE and Stigma-Free Fishers) quickly grew to 75 -100 students and reached both high schools. Lawson says it has been instrumental in breaking down the stigma of mental health.

“Hearing the conversations that happen at those student mental health clubs, that never would have been talked about when I was in high school. To hear the stories and the courage the kids have,” said Lawson.

In addition to regular meetings and conversations, the students also made a public service announcement video featuring classmates, members of the community, and district leadership,

“We have been very specific with our students, like never take this on yourself, you get an adult involved,” said Lawson. “The students have really taken it up on themselves to reduce the stigma, to educate their peers and their teachers.”

Parents took on a more active role in the second year of the program, as the Social Emotional Learning program took root in some schools, like Fall Creek Elementary. The district was also awarded a $2.1 million dollar grant from the Lilly Endowment in October 2017 to fund the next four years of mental health programs.

“Once a week the buildings that have rolled out that curriculum are sending home information to parents so they know what has been focused on at school and how they can reinforce that at home,” explained Lawson.

After 18 months of development, Lawson says their program and the student-led Mental Health Clubs have caught the eye of neighboring schools.

“We’ve helped area school districts in Avon, Noblesville get their clubs off the ground and running to be able to learn from us,” said Lawson.