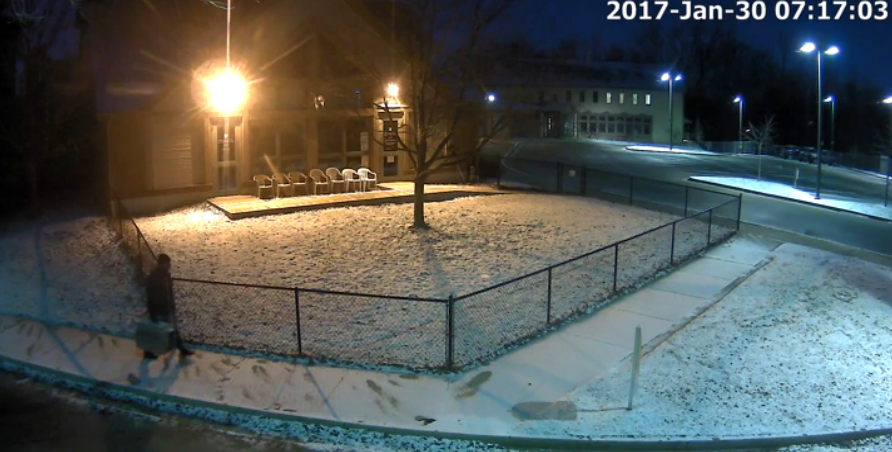 INDIANAPOLIS (WISH) – The Humane Society of Indianapolis says six animals have been abandoned on the shelter’s property since Dec. 30, 2016. It’s illegal in Marion County to abandon animals, as well as dangerous.

According to the shelter, on Dec. 30, a shivering Chihuahua was found running on IndyHumane property. Surveillance footage showed the dog was abandoned 10 minutes earlier.

On Jan. 25, a terrier mix was found at the IndyHumane Animal Welfare Center tied to a fence. The terrier mix is in need of medical sponsorship to treat pressure sores.

A 1-year-old tabby was found by staff on Jan. 28 around 11:15 a.m. He was found near IndyHumane’s vaccine clinic.Two adult cats were also found left along outside the vaccine clinic. They were found on Jan. 30. It’s reported that a volunteer saw a man walking with a cat carrier before the cats were discovered.

The sixth animal found was a puppy. It was tied to a lamp post in the north parking lot of IndyHumane with a crate and pet supplies.

Accord to the Marion County ordinance, Sec. 531-402, it’s illegal for a person to abandon any animal on private or public property.

Chief Development Officer of the Humane Society, Jeremy Vanandel, said “in Marion County it’s at least $200 for the fee, there are some other consequences if you have repeat offenses and things like that.”

Vanandel said the surveillance footage has been submitted to law enforcement for further investigation.

“We know people care, and we believe they want to do the right thing for their animals. So we are asking our community to please think about the many dangers a pet may face if left unattended on IndyHumane property,” Kirsten VantWoud, IndyHumane Chief Operations Officer, says. “It’s extremely dangerous, and also against the law, to leave an animal abandoned outside. During the winter months, abandoning animals is especially dangerous. Had our staff and volunteers not found these animals, their stories could have turned out much differently. We’re happy to report that all six are doing well, and Mochi, the small Chihuahua, has found a loving home.”

All six animals are reported to be doing well. In fact, five of the six have already been adopted as of Monday evening.

If you are needing to discuss options for your animal(s), you are asked to call the shelter at 317-872-5650, extension 0, to speak with a team member.