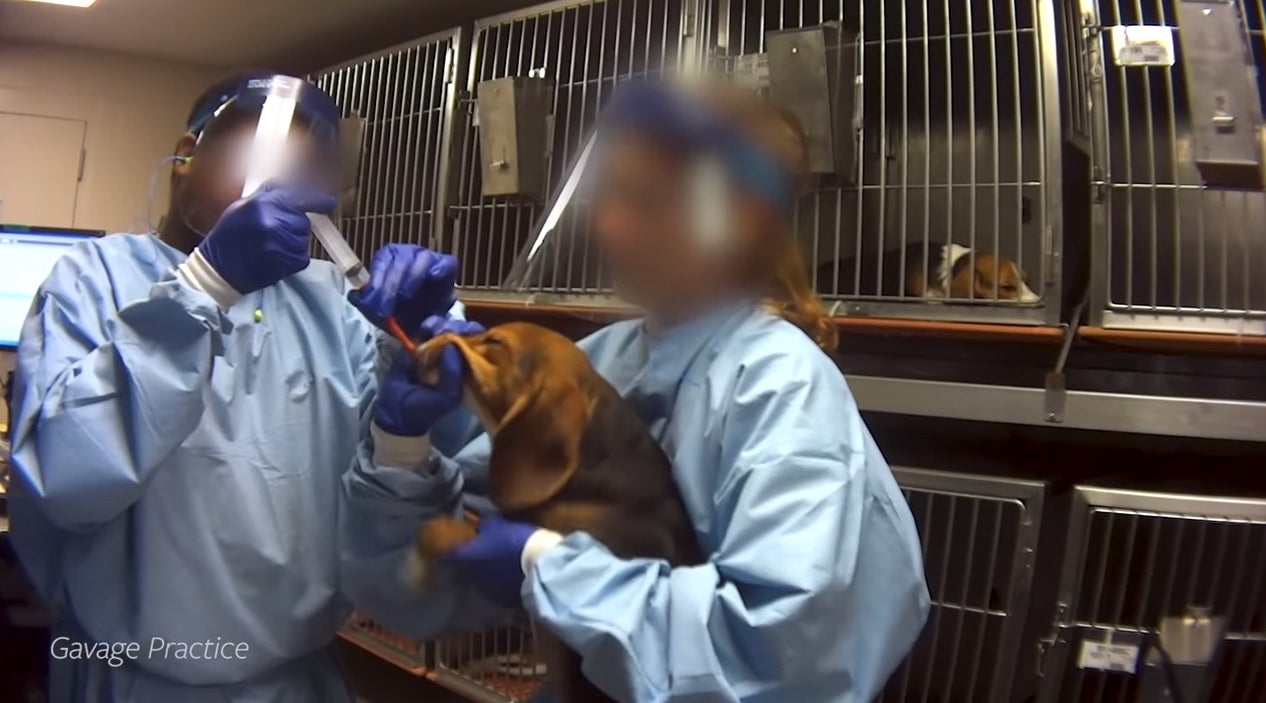 MATTAWAN, Mich. (WOOD) – Undercover recordings by the Humane Society of the United States show testing done on beagles at a facility in Michigan that it says resulted in many of the dogs being killed.

The Humane Society says the facility conducts toxicity tests for pesticides, drugs, dental implants, and other products on the beagles and other hounds.

While the practice is legal and sometimes even required by the government, the Humane Society is bringing it to light in the hopes that the public will push for its end.

The Humane Society says the videos were taken in the spring and summer of 2018. It says that over a 100-day span, some two dozen experiments were done on dogs at Charles River Laboratories in Matawan.

According to the Humane Society, the remaining beagles, who don’t die during testing, will be euthanized in July.

The Humane Society claims the testing, in this case, is not required by the government and that DowDuPont has admitted it is scientifically unnecessary.

The Humane Society says it’s only one example of the type of animal experimentation done on more than 60,000 dogs nationwide.

According to the Washington-based laboratory advocacy group Americans for Medical Progress, animal testing is vital in developing lifesaving drugs and 95 percent is done on rodents, but sometimes testing must be done on dogs.

“The science community must do more to help the public realize the critical role of animal studies in combating serious diseases. We also need to demonstrate the tremendous efforts taken to ensure that lab animals are treated well,” the spokesperson said in a statement.

Charles River Laboratories operates our facilities in a way that is consistent with our commitment to the welfare and ethical treatment of the animals in our care and in compliance with all federal regulations and international standards.

As animal caregivers and scientific researchers, we are responsible to our clients and the public for the health and well-being of the animals under our stewardship, and we strive to fulfill that responsibility on a daily basis.

A report by the Humane Society of the U.S. that was issued on March 12, 2019 inaccurately attributes an animal testing program to Dow. Corteva Agriscience™ initiated the study, and has independently operated as the Agriculture division of DowDuPont for the past two years as part of the pending separations. As a result, this matter is managed by Corteva Agriscience™.  We understand that Corteva and the Humane Society are advocating for Brazil’s Agência Nacional de Vigilância Sanitária (ANVISA) to waive the 1-year animal testing requirements in question.