Hundreds gather to get more investments in Pre-K 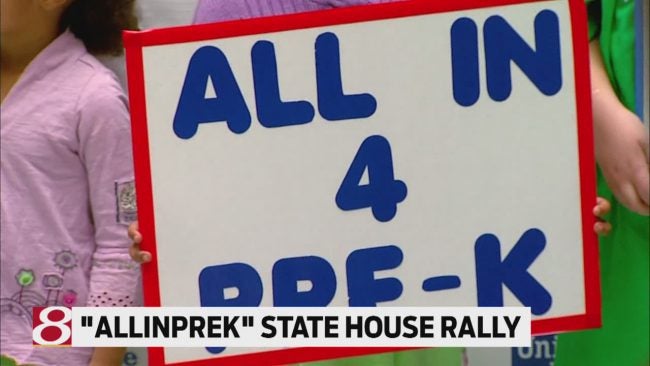 A number of advocates spokes, as well as top Indiana lawmakers, including house speaker Brian Bosma.

The rally was organized by a group called All IN 4 Pre-K.

Members say right now there are 27,000 low income 4-year-olds in Indiana who aren’t enrolled in Pre-K.

The state started a pilot program, and plans to invest $50 million this year to expand it.