Hundreds of Hoosiers embark to help ahead of Hurricane Florence 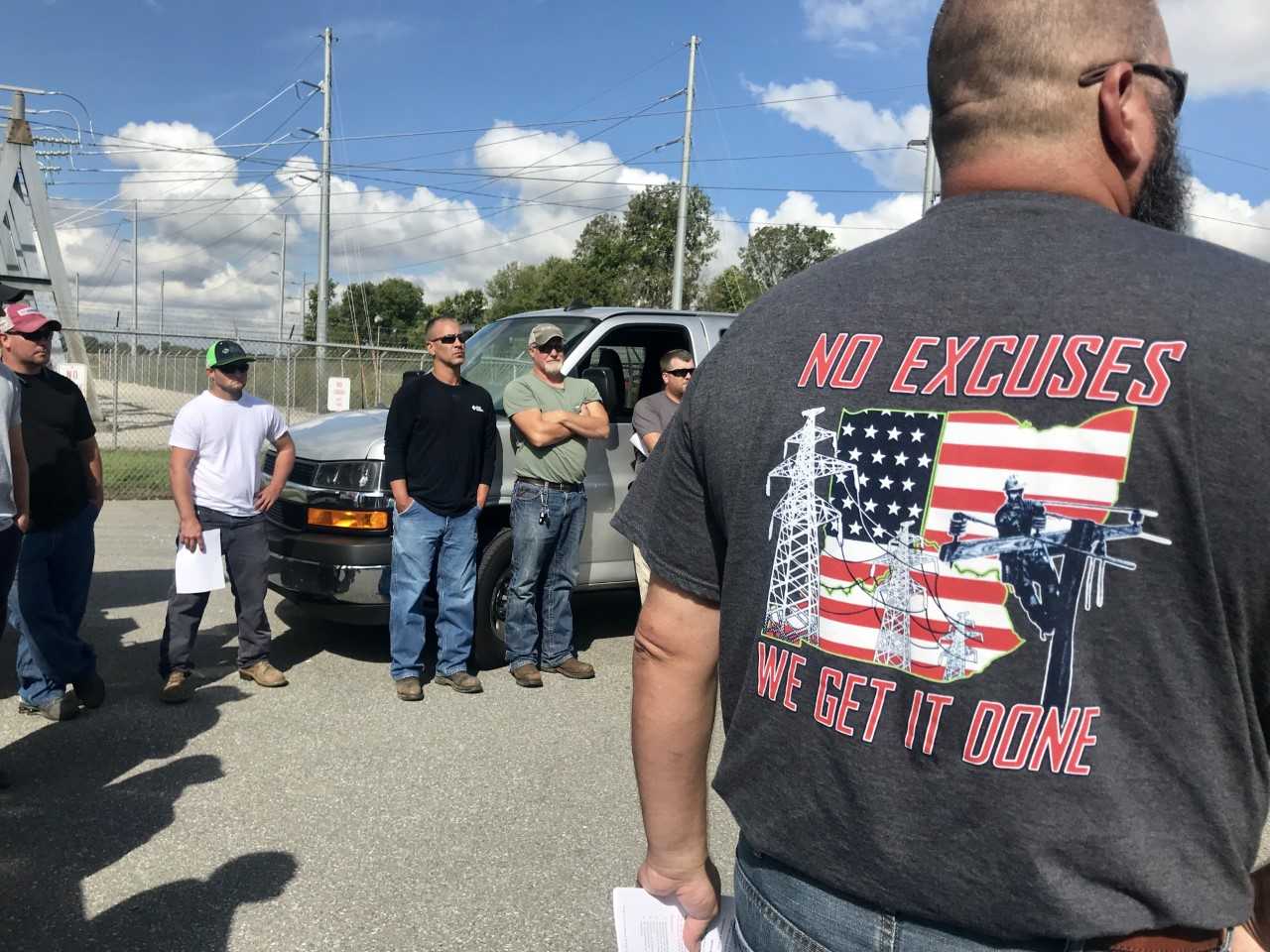 Indiana Task Force One reports a full 86-person Type 1 team left Tuesday morning for North Carolina, prepared to helping with structural collapse, K-9 search, and water rescues. The American Red Cross has called in 26 Hoosier volunteers to assist with disaster recovery, and the Indiana Division of the Salvation Army is on standby for post-storm aid.

“I’m very proud. I’m very proud of these guys,” said Lew Middleton, surveying the crews preparing to caravan out of the Shelbyville Duke Energy vehicle lot. “There is a brotherhood a real unity among all the linemen and all the workers to get the job done.”

Middleton says 250 linemen, tree trimmers, damage assessors, and support staff volunteered for the assignment and will embark for two weeks to the Carolinas. They’re expected to work at least 16 hour days, leaving behind family and friends to help fellow linemen and Duke Energy customers.

“When we see a large convoy coming in, a large amount of help coming in, that’s just a sign of relief that instead of a month-long process we’re looking at about a week, maybe two week process,” he said.

He spoke to about 45 men gathered Tuesday afternoon before they left, acknowledging the sacrifice they’re each making to help others.

“Some of you guys are probably newlyweds, some got babies just born,” he told the group, “All and all we’re going to be leaving family behind to make sure we go help restore life back to normal after the hurricane hits.”

Hernandez himself is also feeling the sacrifice this month, as he drives away from a newborn family member.

“I’m leaving a brand new grand baby who’s about four days old right now,” he said.  “There’s a lot of emotions that get involved with this.”

The group of also held a moment of silence before they left in honor of the 9/11 anniversary. They agree, it’s fitting as an American to be called out to serve on a day like this.

“We all remember that day, where we were. As to this day how we’ve going to be able to tie it to, as this day we’re traveling to and help out those folks in the Carolinas,” Hernandez said.