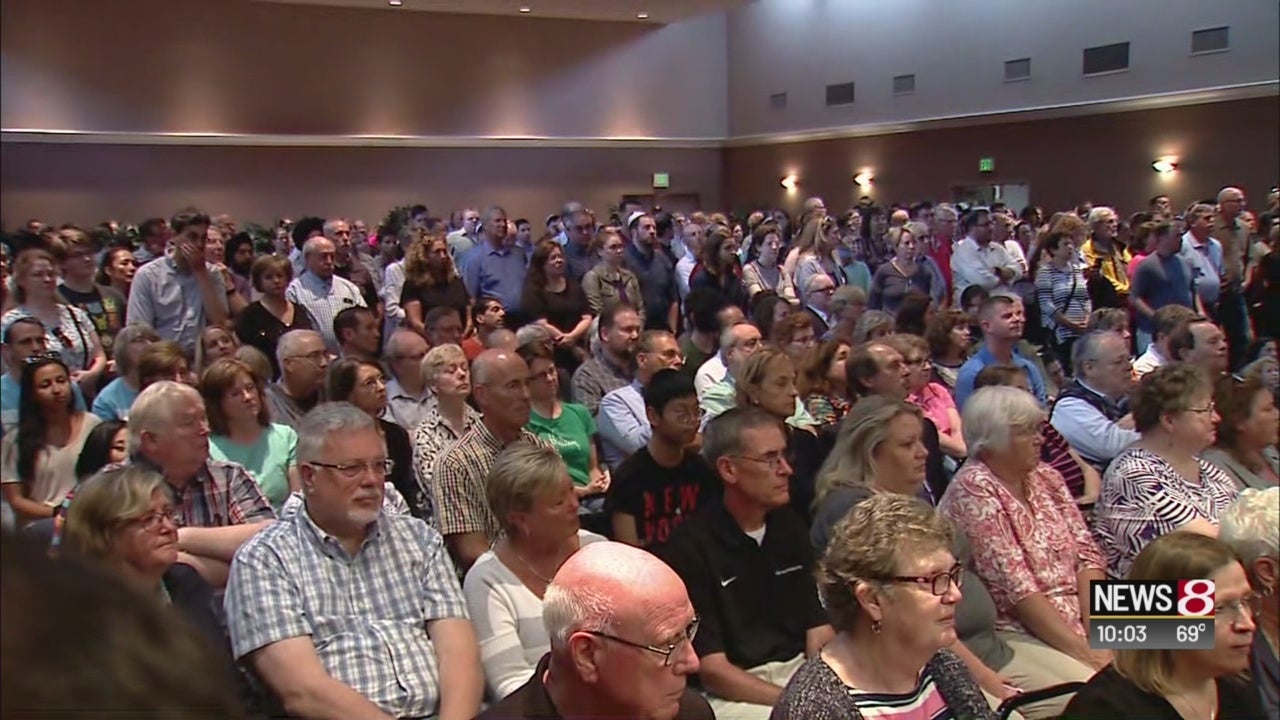 CARMEL, Ind. (WISH) — Hundreds of people came out to Congregation Shaarey Tefilla in Carmel days after anti-Semitic signs were posted around the synagogue. It was a night of solidarity on Monday.

It was a community clearly shocked and hurt by the hateful signs and flags found around the synagogue over the weekend. While this was upsetting to everyone inside the synagogue, there was a call to speak out and not let fear trump inclusion.

Every seat filled the synagogue and anywhere you could put two feet, they were firmly planted. It was a time for everyone to come together in a house of prayer after hateful, anti-Semitic signs plastered over the synagogue grounds.

“The world has seen what a few vandals did; let the world also see the solidarity of the city of Carmel,” said Rabbi Benjamin Sendrow.

It included people of other faiths to show that whoever is responsible is alone while the state supports this congregation.

“It’s your synagogue if you’re not Jewish but you are here tonight, if you are atheist — tonight this is our synagogue,” said Sendrow.

“All they have done is wake the sleeping giant of love and acceptance,” said Sendrow.

But anti-Semitic attacks are on the rise nationwide. A near 60 percent increase in 2017 from 2016 represents the largest increase ever, per the Anti-Defamation League.

“To send a message that this community will not be intimidated and that’s not what we as Americans and Hoosiers stand for,” he said.

Other calls went beyond that, encouraging people to speak out and stand up to hateful rhetoric.

Behind the Bricks / 37 mins ago