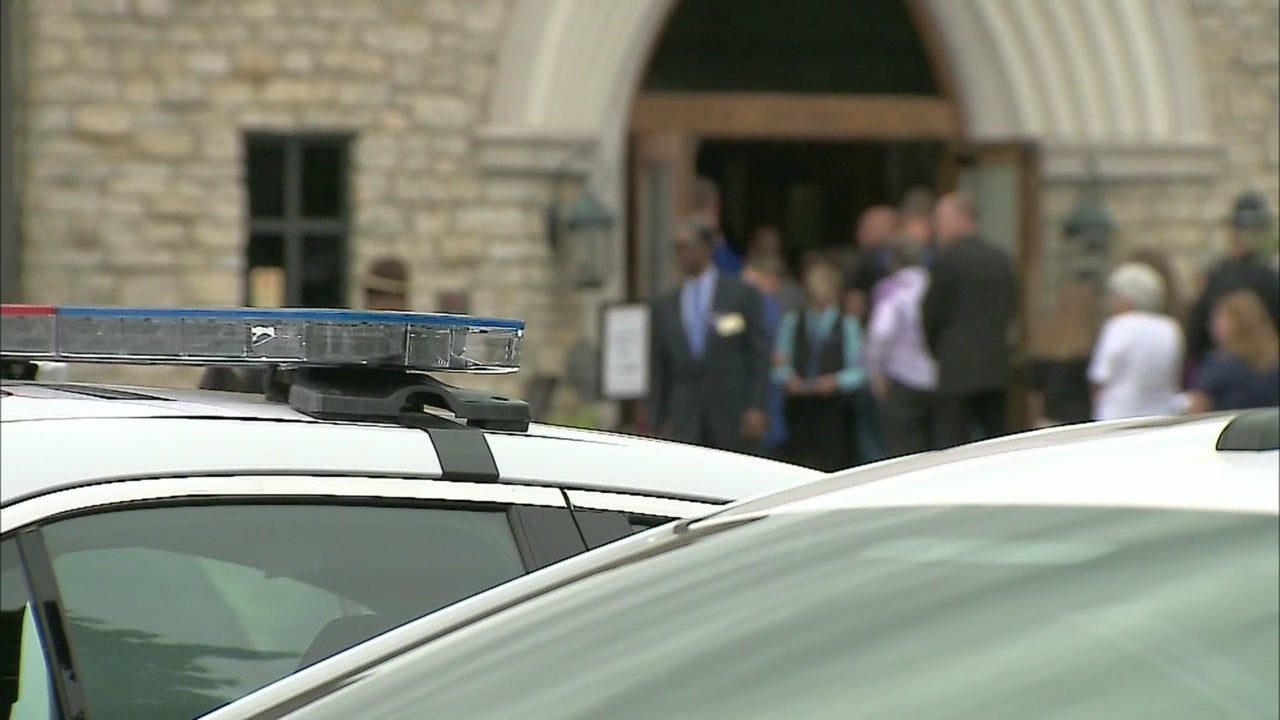 INDIANAPOLIS (WISH) — Hundreds of people got a chance to pay their respects Friday to Southport Lt. Aaron Allan.

Allan was shot and killed last week while responding to a car crash. Police said the driver has been charged with murder.

The visitation Friday ran from 2 p.m. to 7 p.m. at Crown Hill Funeral Home. People came from around Indiana and across the country, with some officers traveling from California and Texas to attend the visitation and the funeral.

Many told 24-Hour News 8 they wanted the lieutenant’s wife and children to know they are here to support the family during the days, months and years ahead.

People waited in line at Crown Hill Funeral Home on a gloomy day to pay their respects to 38-year-old Allan. For those who knew him personally, it was a tough day.

“Well, honestly guys, it’s day by day. In the morning time, I was cool. When I got here, it was difficult,” said Norman McDuffie, a reserve officer with the Southport Police Department.

“A good friend of mine — he was my Monday buddy,” McDuffie said. “We talked about the Pittsburgh Steelers versus his Tampa Bay Buccaneers.”

McDuffie said Allan left him with nothing but memories, and his time with Allan is something he will never forget.

“He loved his kids, loved his wife. Let me tell you something: I know you hear this a lot, one of the best friends you could have,” he said. “Dead serious, real nice guy, so it’s hard.”

People traveled near and far to pay their respects, including Officer Johnny Barron from Fort Worth, Texas.

“I did meet the wife, Stacy, and the two little boys and let them know that I was from Fort Worth and traveled to be with her and her family and to share the grief the family is going through,” said Barron.

And the tragedy hits close to home for Officer Roy Moreno, with the Dallas police. Five of his fellow officers were killed during an ambush shooting last summer.

“I can’t put myself in the family’s shoes, but I can put myself with the other department, as far as what they’re feeling,” said Moreno. “Because that’s what we felt last July, and it’s just a void and heartbreak.”

But at the end of the day, Moreno said their job is to serve and protect, no matter what.

“Whether it be in Fort Worth or up here in Indiana, we do the same job,” said Moreno. “We serve and protect; it’s something that we love and when somebody hurts, we hurt with them.”

A celebration of life for Allan is taking place Saturday at Bankers Life Fieldhouse starting at 11 a.m.