I-465 closure frustrates drivers; INDOT says repairs are a ‘necessity’ 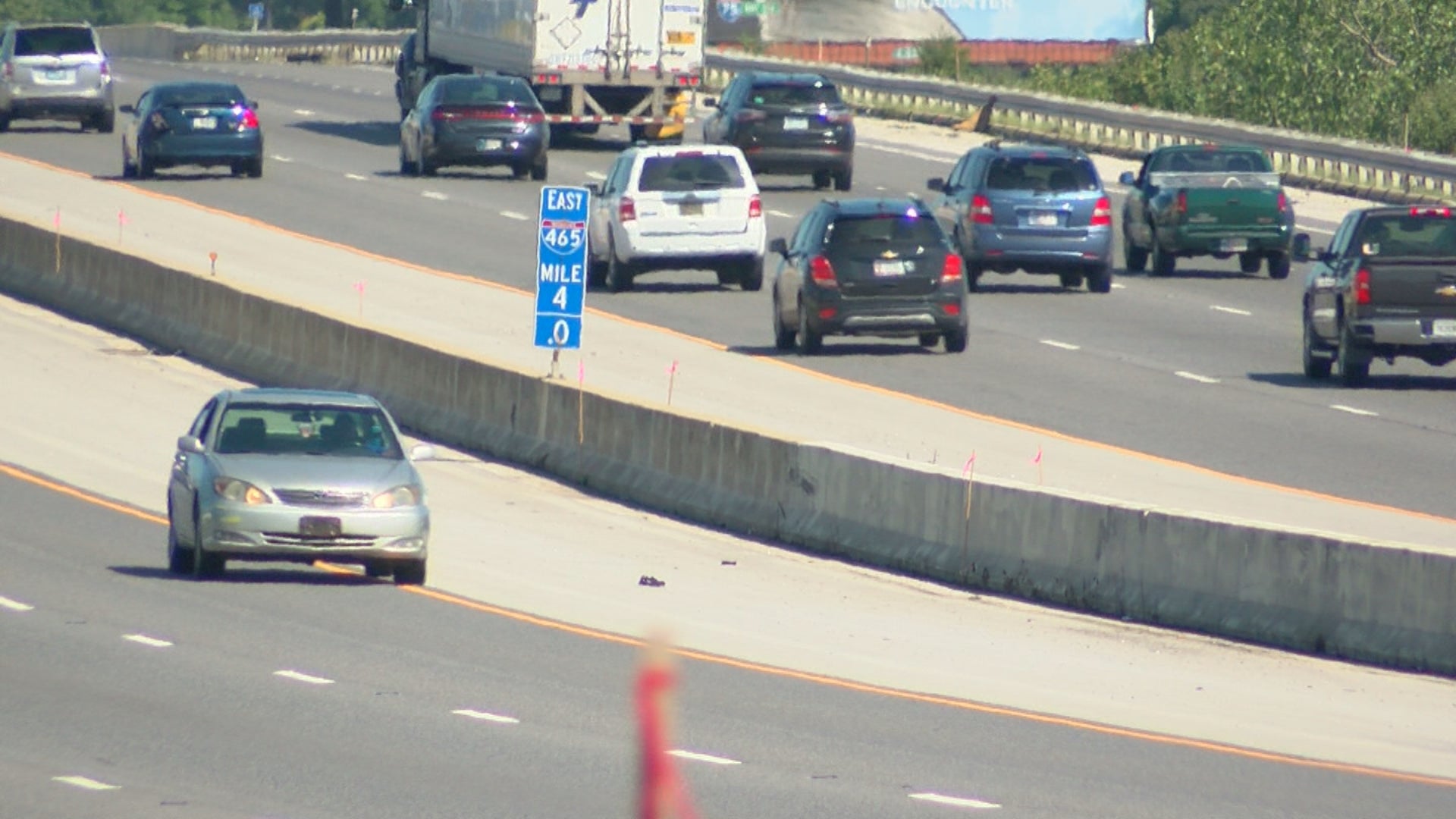 INDIANAPOLIS (WISH) — Drivers can expect major delays off I-465 in the coming weeks.

Indiana Department of Transportation officials closed eastbound I-465 on the city’s southwest side Friday night.

“I’m going to have to go through town,” said Indianapolis resident Mary Zimmerman. “I take a guy to work every day, and he’s in Greenwood. So, I’m going to have to go down probably (State Road) 37 to county line and across. It will take me probably another extra 15-20 minutes. Overall, when it’s done, great. But, the inconvenience is a pain.”

INDOT’s $10.1 million project is not only frustrating for local drivers, but also out-of-towners like Sandy Beedle and her husband, Daniel, who are driving from Chicago to Florida.

On Friday evening, the couple told News 8 they decided to drive through Indianapolis to avoid storms, but instead got caught in Indy’s newest construction project.

“We don’t know how we’re going to get out of our hotel and back to I-65 tomorrow morning without being able to get on to 465,” Sandy Beedle said. “I’m tired and frustrated.”

INDOT said the reason for the project is to address growing safety concerns on the interstate.

“We have been getting numerous complaints about some of the potholes and the damaged pavement on our interstates and trust me we drive the same interstates as you do,” said INDOT’s LaMar Holliday. “We want to get these fixed especially with this past winter we just had was very brutal on our pavement.”

Holliday added that while he understands construction is frustrating for some drivers, closing the highway was necessary to fix the roads before they get any worse.

“We understand that impacting 110,000 vehicles, there’s going to be some headaches along the way,” Holliday said. “But, again, we are doing this because we need to get this work done.”

INDOT recommends taking I-65 and I-70 as an alternate route around the I-465 closure.

Harding Street will be another route drivers can take if they need to go north or south of the closure.

After the eastbound lanes open Sept. 24, westbound I-465 on that same stretch of interstate will shut down from Sept. 28 to Oct. 8.