I-65 lane closures to start Monday near Columbus 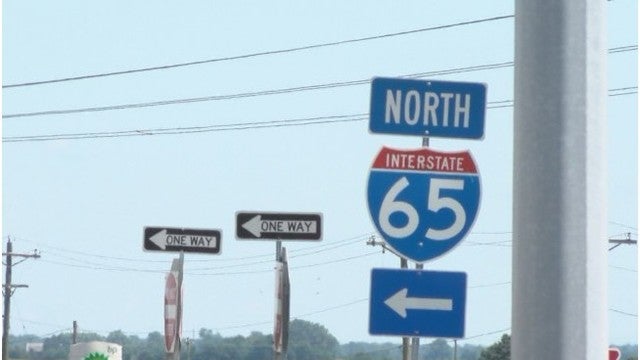 COLUMBUS, Ind. (WISH) – The Indiana Department of Transportation on Monday will begin restricting northbound and southbound lanes on Interstate 65 south of Columbus between mile markers 64 and 68.

Various lane closures are being scheduled in conjunction with several different construction operations over the next eight weeks. Inclement weather could delay planned work.

July 23-26: There will be overnight closures of an inside or outside I-65 lane for shoulder strengthening and partial-depth patching between mile markers 64.0 and 68.0.  Sections of one lane in either direction will be closed at a time from 9 p.m. to 6 a.m.

July 27 and six weekends: Starting July 27, single-lane closures impacting both northbound and southbound I-65 traffic will be required for six weekends to allow contracted crews to prep and overlay the bridge deck on the single-span 90-foot structure over Denois Creek at mile marker 65.5. Restrictions will begin at 6 p.m. Fridays and continue through noon on Sundays. In addition to placement of a 2-inch latex cement bridge deck overlay, INDOT’s contractor will pour new 20-foot approach slabs and make full-depth concrete patches near the bridge.

During the same period, the inside or outside lane of northbound or southbound I-65 will close either Friday night or Saturday night for six weekends between 7 p.m. and 10 a.m. Crews will saw-cut deteriorating pavement and form full-depth concrete patches from mile maker 64 to 68. Extended-hour closures are required to allow time for new concrete to cure.

After Labor Day: I-65 north of State Road 58/Walesboro to the ramps at State Road 46/Columbus will be milled and resurfaced. This operation in the four-lane section of the project requires single-lane closures at moving worksites. Paving activities will continue for approximately two weeks.

The early-August shift to I-65’s east side will accommodate two 11-foot-wide lanes of traffic in each direction.  It will remain in effect while the west half of the interstate is under construction.

E & B Paving is INDOT’s prime contractor for this three-year, $143 million Next Level Roads project on I-65 between Seymour and Columbus. The project calls for full-depth construction of a six-lane road between U.S. 50 and State Road 58 — then repairing and resurfacing the existing four-lane pavement section between state roads 58 and 46. This includes significant bridge work at 27 difference structure sites along the 17-mile route. Currently, E & B crews are working behind concrete barricades in the northbound median area between state roads 11 and 58 where pavement is being widened in advance of August’s traffic shift.