I-65 southbound reopens after hours-long closure 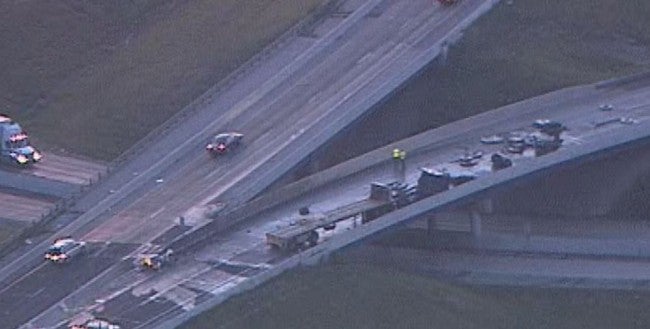 INDIANAPOLIS (WISH) – Southbound Interstate 65 reopened Friday afternoon after a semi crashed Friday morning, closing all lanes near the I-70 north split for hours.

According to Indiana State Police, no other vehicles but the semi were involved. The driver was injured and taken to Sidney & Lois Eskenazi Hospital.

INDOT reported around 5 a.m. that all lanes of southbound I-65 were closed near the I-70 north split because of the crash. All lanes reopened around 1 p.m.See bonus web video from Chopper 8 over the scene:

Police said fuel, steel coils and debris were thrown across the roadway, prompting the hours-long closure.