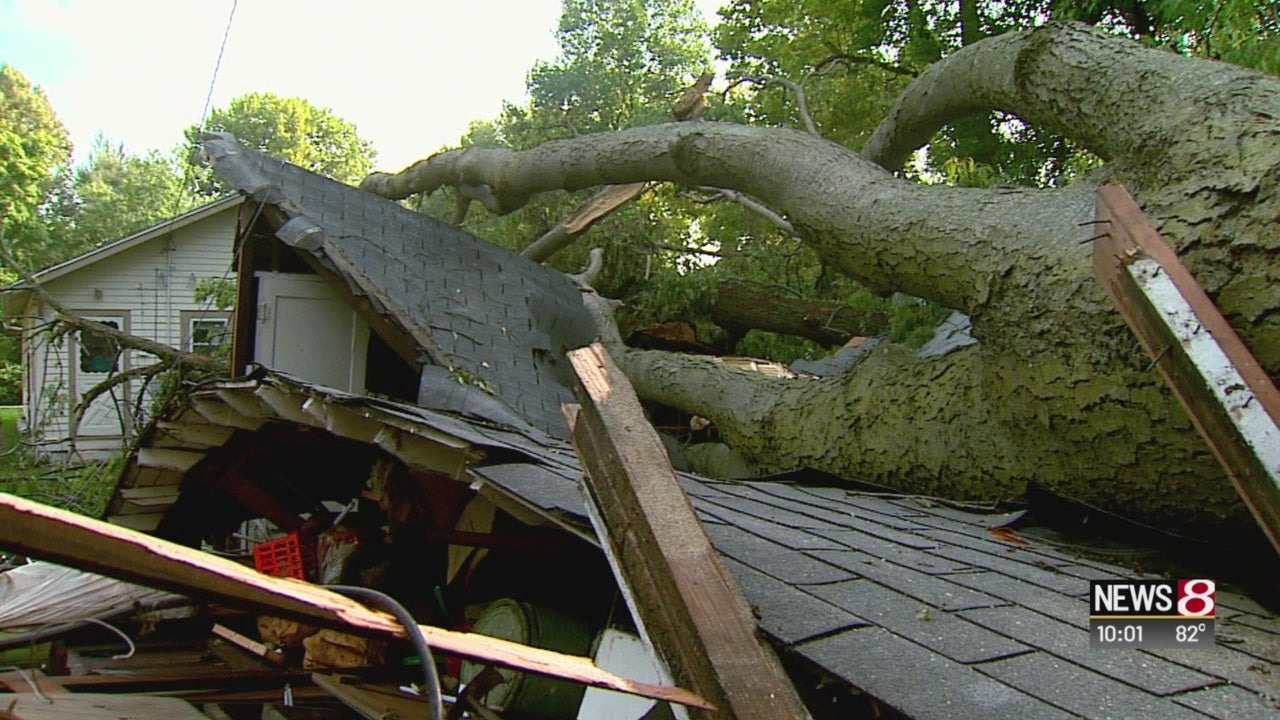 INDIANAPOLIS (WISH) – On Sunday, 91-year-old Sammie Moore said he felt lucky to be alive: A massive tree collapsed just feet away from his home of 58 years during Saturday’s storms.

“I heard the thunder and lightning all evening, but that’s all I heard,” Moore said. “I didn’t hear the damage that would sound like it did this much damage.”

The heavy rain and wind caused the tree, about 3 feet in diameter, to snap like a twig and fall on Moore’s detached garage, smashing everything inside.

“I couldn’t believe it,” Moore recalled. “I thought I was dreaming. The lady who lives behind me came over and knocked on the door. She wanted to know if I was all right. She said ‘Your garage has got a limb on it.’ I said ‘What?'”

“I have a nice car in there and it’s flat!” said Moore.

Besides his 2001 Buick Century, Moore said the garage at his West 32nd Street residence was home to many of his most prized possessions, including his favorite ladder.

“I never expected it,” said Moore. “I never thought it would happen to me. I’ve been trying to be safe all these years.”

While the tree caused thousands of dollars in damage, Moore said it could have been a far bigger loss as he was asleep just feet away from where the tree took its toll.

“I do feel lucky!” said Moore. “I’ve been thanking God every hour on the hour thinking, you know, it could have been worse. If it had gotten 50 feet over, it would have been in my house!”

While his insurance company has been called, Moore’s family told News 8 they are worried that since the tree fell on a detached garage, there might be issues with the coverage.