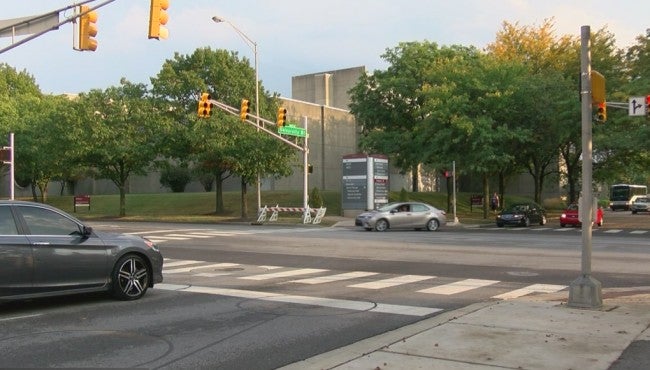 INDIANAPOLIS (WISH) — We are digging for more information on a crash involving a school bus that left an IUPUI student dead.

It happened Monday afternoon at the intersection of University Boulevard and New York Street on the Indiana University Purdue University-Indianapolis campus.

Investigators said the student, who was walking, had the right-of-way when she was hit by the bus as it made a left hand turn.

Durham Transportation owned and operated the school bus and employed the driver as part of a contract with Indianapolis Public Schools. Durham said the driver won’t be driving the bus until the investigation is complete.

I-Team 8 did its own digging Tuesday. We wanted to know if the bus involved in Monday’s crash had a camera on board. Durham spokesperson Kate Walden said it did, and it was recording at the time of the accident. She said all of their buses have cameras that record continuously while the bus is moving. She said they wouldn’t give a copy of the video, but they are cooperating with police and would release it to IPS.

As for the driver, Walden said, she was heading to her afternoon pickup when the crash happened. She was hired in February and has a clear accident record with the company.

Walden added that IPS’ own investigation into the crash is not yet complete.

When I-Team 8 reached out to state police, we learned Durham buses have not been involved in any other crashes that led to a serious injury so far this year.

Durham also said it keeps its own records of accidents and would release them to customers such as IPS whenever they are asked.