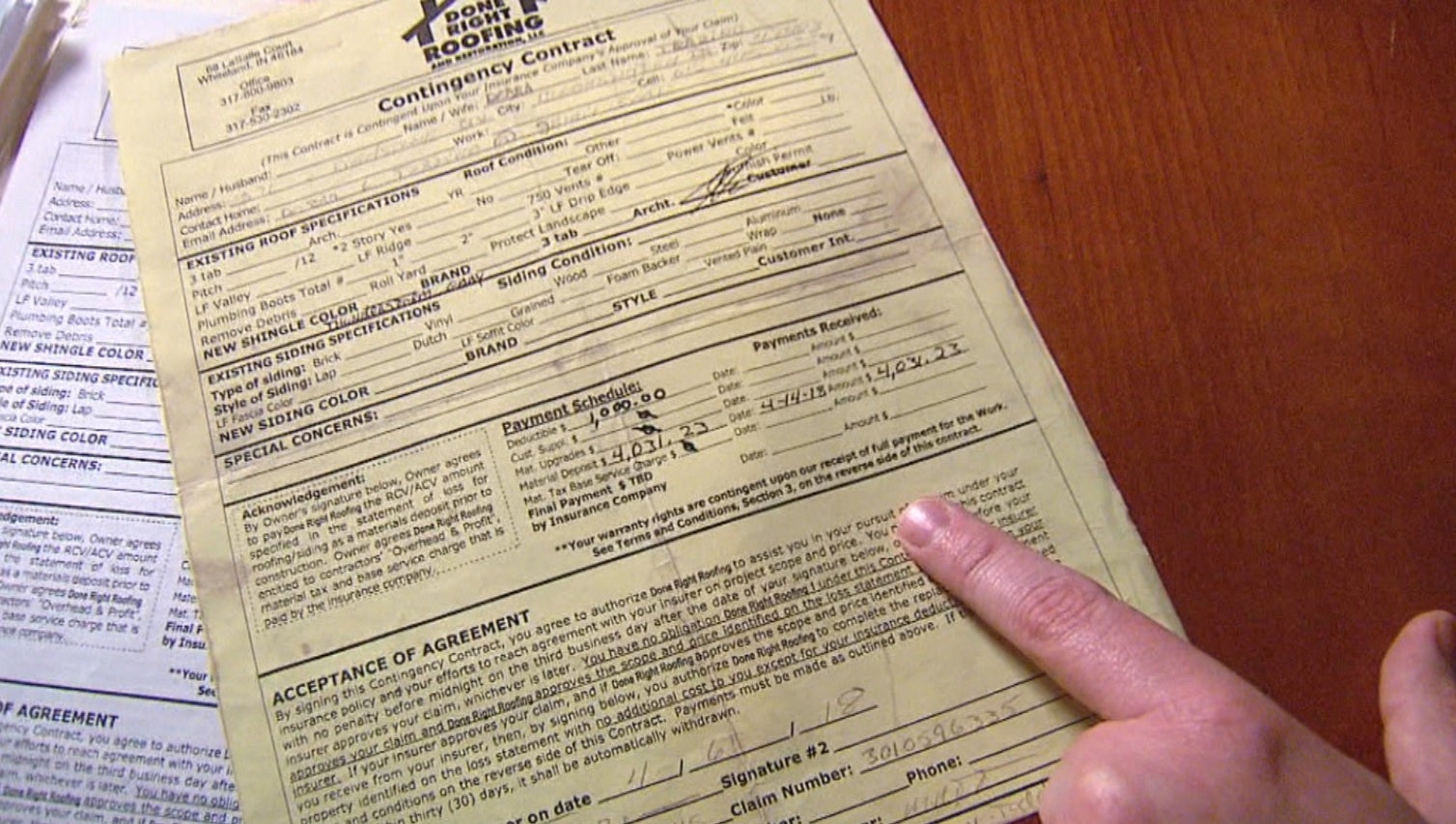 BLOOMINGTON, Ind. (WISH) — A Bloomington man wanted to have his roof replaced before spring hit. Things did not work out on his timeline, and after months of waiting for work to be done or a refund to be issued, he contacted I-Team 8.

When the time came to replace his roof, Jeff Terzino wanted to support a local small business. He hired ‘Done Right Roofing’ and they helped him file a claim with his insurance company to help pay for a new roof.

In addition to the insurance money, he gave them a $4,031.23 deposit. Terzino also asked them to put in attic insulation, replace the soffit and fascia, and paint the trim. He said a salesperson gave him a ‘worst case’ estimate of $300 for those additional items, but would not give him that estimate in writing.

“It took a long time to be able to even get someone to even come out and measure things,” said Terzino.

Terzino called and emailed Done Right Roofing for weeks, he said, with no response. When he finally met with Rob Plunkett, the owner, Terzino said Plunkett would not honor the $300 estimate. Instead, Plunkett said it would cost $1,300. Terzino decided he wanted to cancel, but Plunkett pointed to their terms and conditions printed on the back of their contracts. But when Terzino looked on the back of the contract he signed, it was blank. His copy of the contract did not have any writing or cancelation policy on the back.

Terzino turned to Indiana Attorney General. The Attorney General’s office asked Done Right Roofing to pay their customer back. Instead, the company sent Terzino a check for about 60 percent of his down payment. And that check bounced.

Terzino moved the case to small claims court, where he and Done Right Roofing went back and fourth. Plunkett set a date by which to pay Terzino back. That date came and went, and Terzino still had not been paid.

After going through the company, the Attorney General’s office, and small claims court, Terzino turned to I-Team 8. We called Plunkett. After our calls, Done Right Roofing paid Terzino back in full.

Terzino had to pay a second roofing company to fix his roof before he got that refund. This is a good reminder to get everything in writing before paying and ask about the cancelation policy.